Sting like a Butterfly : Emily Peng & her Kia Stinger 3.3 GT 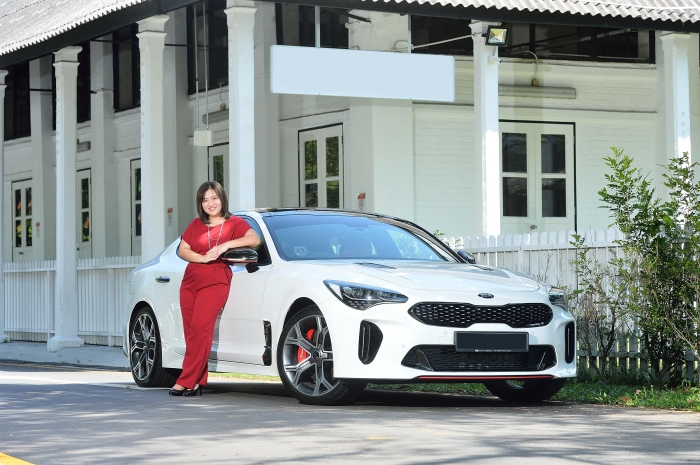 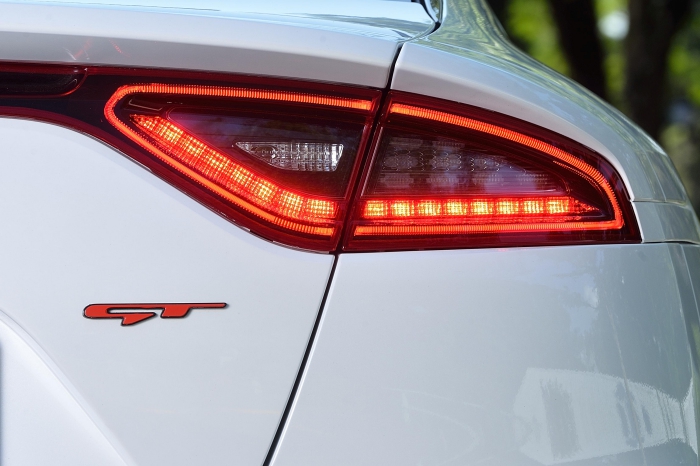 Global warming and the environmental concerns have given rise to the movement to electrify transport. We’re constantly told that hybrids like the Prius and fully-electric cars like the supercar-baiting Model X “are the future”. All that serene (near silent) and seamless (yet soulless) forward propulsion – that’s already more than half of everything I look for in motoring dispensed with...

What happens then to the YOLO (you only live once), driving-pleasure-deriving petrolheads that comprise you, our eminently sensible readers, and us? For now, brands like Ferrari, Porsche, Mercedes-Benz, Audi, and BMW continue to deliver conventional engined cars that tug at our heartstrings with design, and raise our pulses with dynamic performance (thumping, snarling engines that kick-out more horsepower than we can use in inclement weather or patchy tarmac). 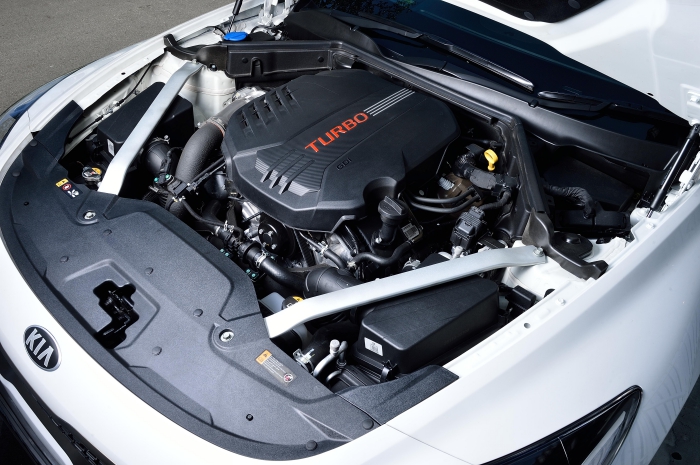 Not to be outdone, car manufacturers across the pond, like Kia, have commissioned projects like the turbocharged Stinger 2.0L and twin-turbocharged 3.3L (the Stinger GT) to clearly state its ambition to ascend into the league of credible performance car manufacturers. If the numerous positive reviews of the Stingers, in particular the V6-engined, 365bhp, 510Nm, 8spd auto, 4.9secs (0-100km/h), 270km/h Stinger GT, are anything to go by, we’d say the folks in Kia have put themselves on the map.

(Click HERE to read our review of the Kia Stinger 3.3) 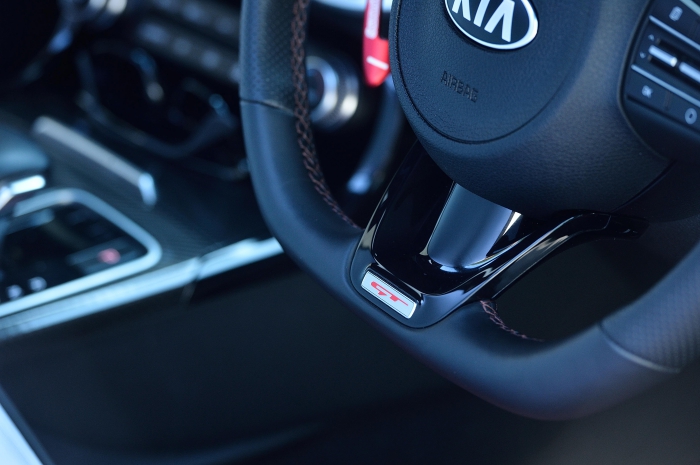 In terms of positioning, Kia claims that the rear-wheel driven Stinger GT is aimed squarely at the BMW 440i or Audi S5 Sportback, albeit at a more attractive price point. To put things in perspective, there’s literally no new car in this performance and spec that punches out 500Nm under S$200k. What. A. Steal. Someone who shares our sentiment is Emily Peng, proud owner of a pearl white Stinger GT. Her previous cars, a Toyota Corolla and Mercedes-Benz A-Class, stoked our interest to understand why she decided on the Stinger GT. 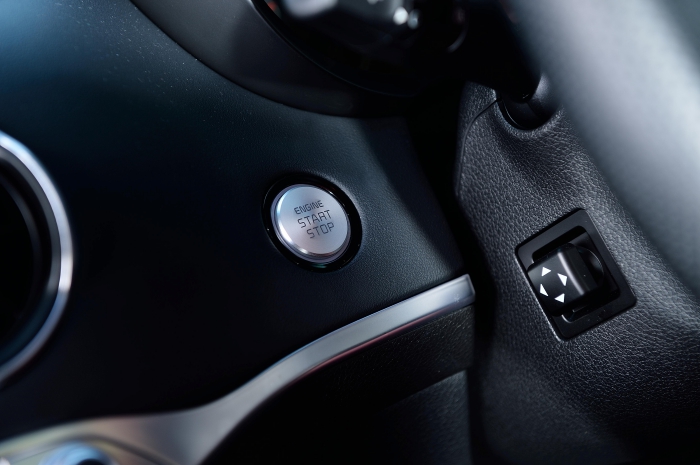 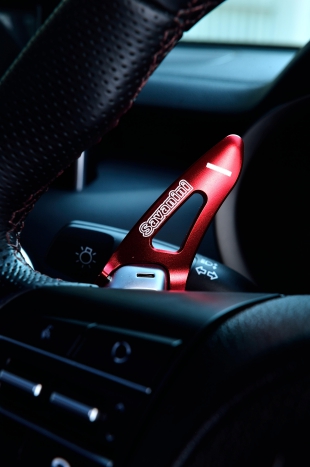 Coming from an A 180, which she found too sedate, Emily spent four months researching and test-driving all forms of hot-hatches and sedans, eventually leaning towards a certain yet to be released AMG. “It started off as a joke with my friends, that I wanted a five second (0-100km/h) car that was also wallet-friendly. I read the rave reviews of the Stinger GT before it arrived in Singapore, but apparently no one else did.” Emily even attended the local launch of the car! 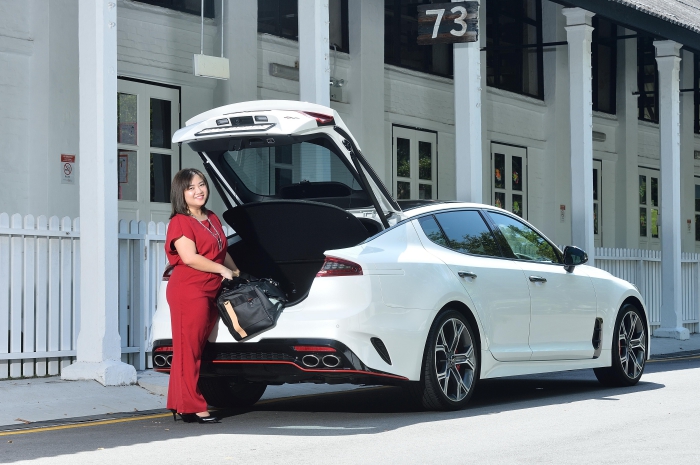 Self-described as “fun, outgoing and someone continuously seeking improvement”, it turns out Emily is something of a petrolhead (by our definition, that means someone who prefers combustion engines to hybrids or electric, enjoys both the aural and dynamic experience of road-hugging rocket ships, and the occasional whiff of gasoline, burnt clutches and melting brakes!). Emily sensibly test-drove both the Stinger 2.0L and GT, but fell for the fire-breathing 3.3-litre GT the moment she tested it. 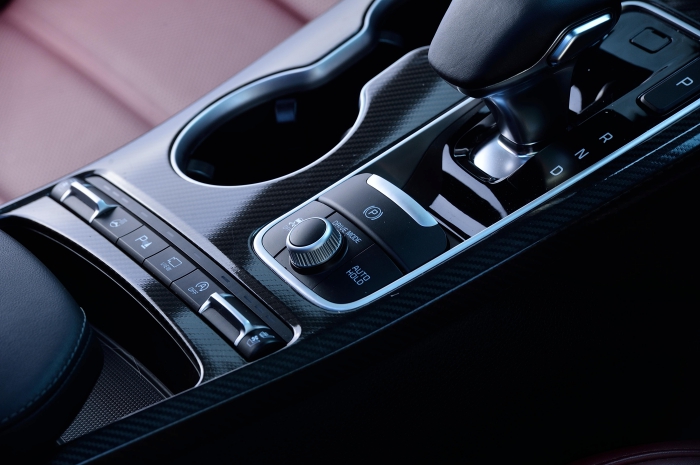 “The more horsepower and torque the better! At this price point, there isn’t any other car close”. The GT is intended for long drives into Malaysia, and clearly more horsepower makes for a safer drive. In fact, Emily has already been to Genting since collecting the GT in May this year. “This kind of car can’t be fully used in Singapore”, she confesses. The three stand-out features according to Emily are its “V6 engine (you can’t resist the growl of a V6), Brembo brakes, adjustable seat bolster and lumbar support.” Gotta love it when a woman gets her priorities right! Emily’s GT is a daily drive, and has personalised touches abound: racy paddle-shift extensions, blacked-out hood and trim are just a few of them… with more to come. How did Kia put together the Stinger? Exactly like a football team, to poach the competition’s best, that’s how: Peter Schreyer (of Audi TT and new VW Beetle fame, and the Kia signature tiger-nose grill); Gregory Guillaume (Audi); and Albert Bierman (previously BMW M-division’s engineering chief) and a good dash of corporate will and resources. 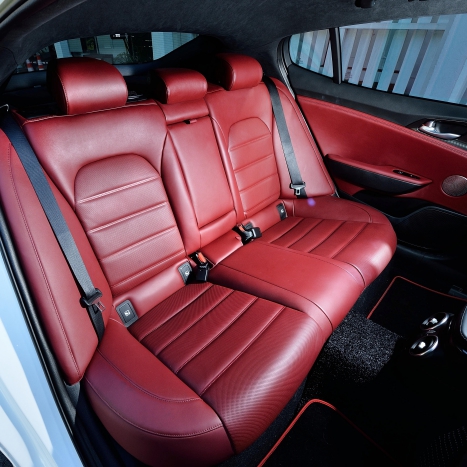 Little wonder too, that the Stinger goes as well as it looks, as it was tuned at the world-famous performance car proving ground, the Nurburgring Nordschleife. In case you’re wondering, the GT’s adaptive suspension firms or softens the ride with a push of a button, and in Comfort mode, rides with suppleless akin to any executive sedan.

In Sport and Sport + modes, the GT corners with hardly a hint of body-roll. Breaking away from tradition, setting the GT into Sport + mode also disables stability control, and coupled with the limited-slip differential (LSD), allows for lairy slides and “sideways action”, should you find yourself in a closed circuit, of course. Emily concedes that her choice of the GT over the 2.0L was more emotional than rational, as the 2.0 would more than have sufficed for commuting purposes. Her appreciation for the GT’s performance and the associated motivation to do road-trips (because of the extra performance) tipped the scales.

She’s been able to give the GT full stick on a few occasions, and relishes the strong acceleration that follows. No surprise considering the full brunt of the GT’s 510Nm is delivered from just 1300rpm. She’s also noticed that the GT draws attention on the road, and her family and friends have been much impressed with the build quality. She notes that the GT is also very comfortable and really quiet when cruising at highway speeds up north. When asked to choose in terms of priority, Emily’s response is “acceleration, comfort, top speed, exclusivity, sporty handling, appearance, driven wheels, understated prestige”. In fact, her choice of colour was also well considered, “Pearl White, looks very classy and visually bigger. Matches well with all kinds of rims and accessories”. Need we say more, she’s clearly very discerning and hard not to like! The Hyundai Vision FK is a 680hp hydrogen sportscar

Plus, it gets batteries and electronics from Rimac and will do 0-100km/h in less than four seconds The G70 Shooting Brake is the first Genesis designed for Europe There’s almost something regal in the way the Hyundai Palisade conducts itself as it serves comfortable commuting duties.