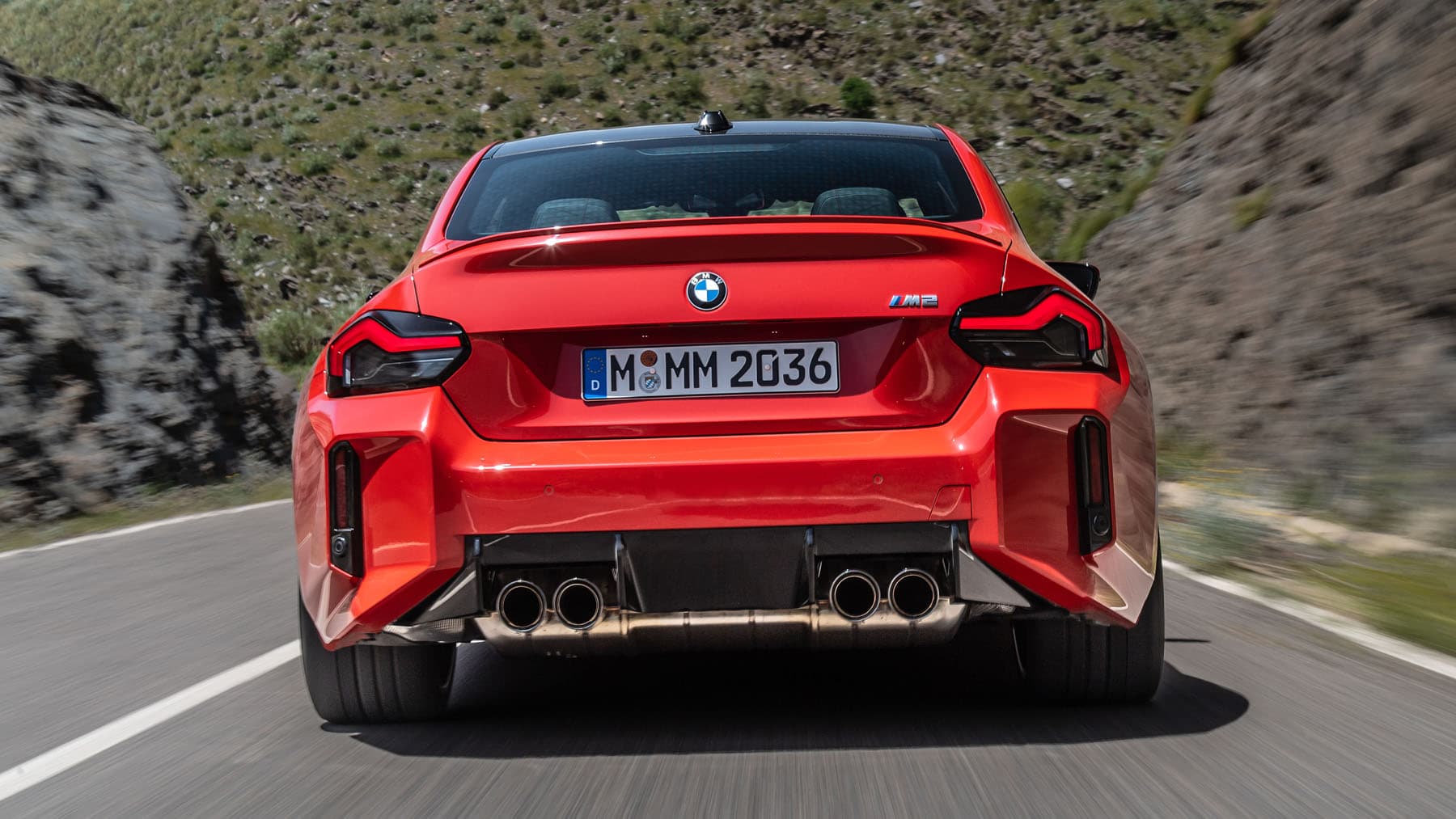 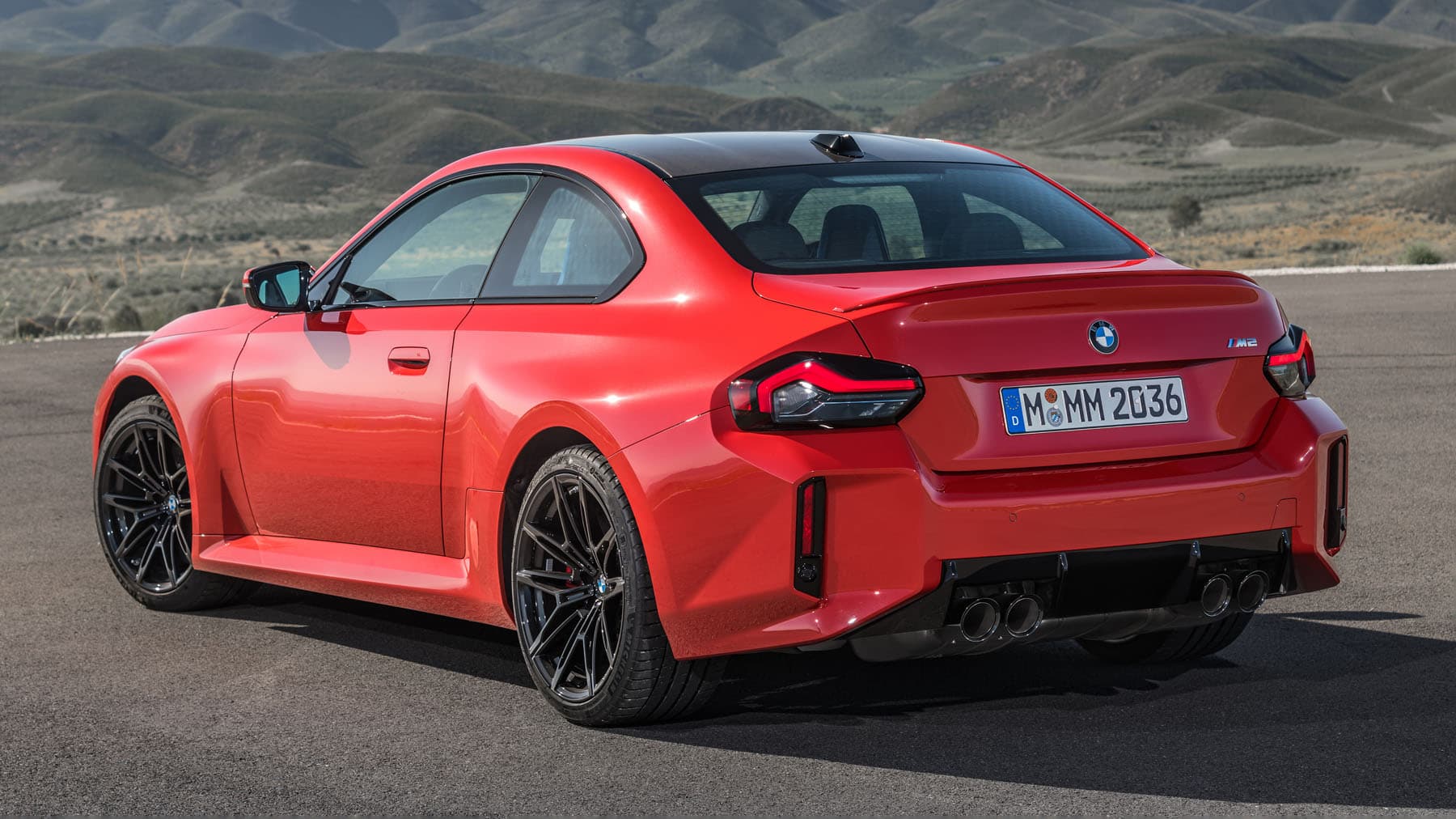 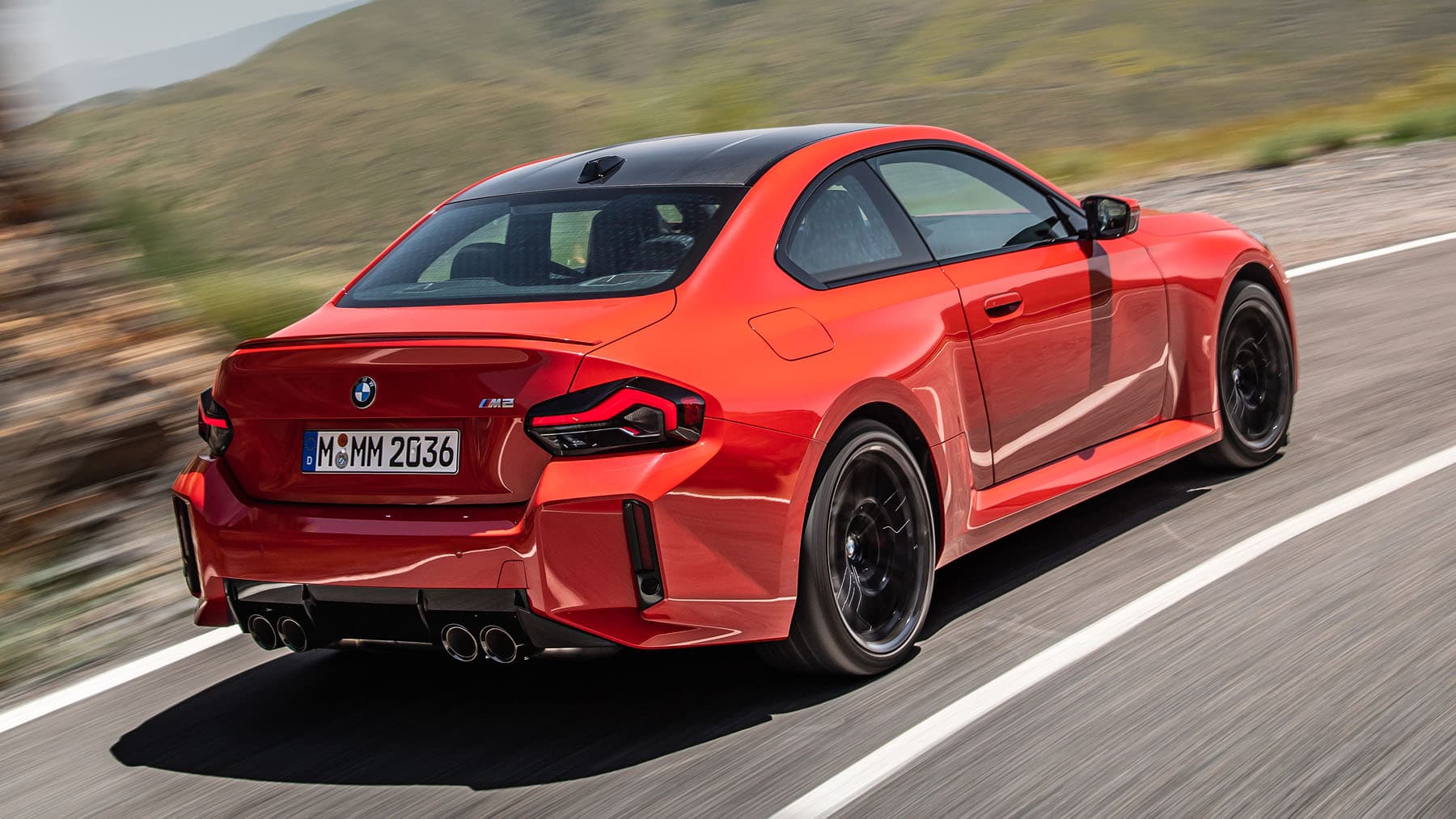 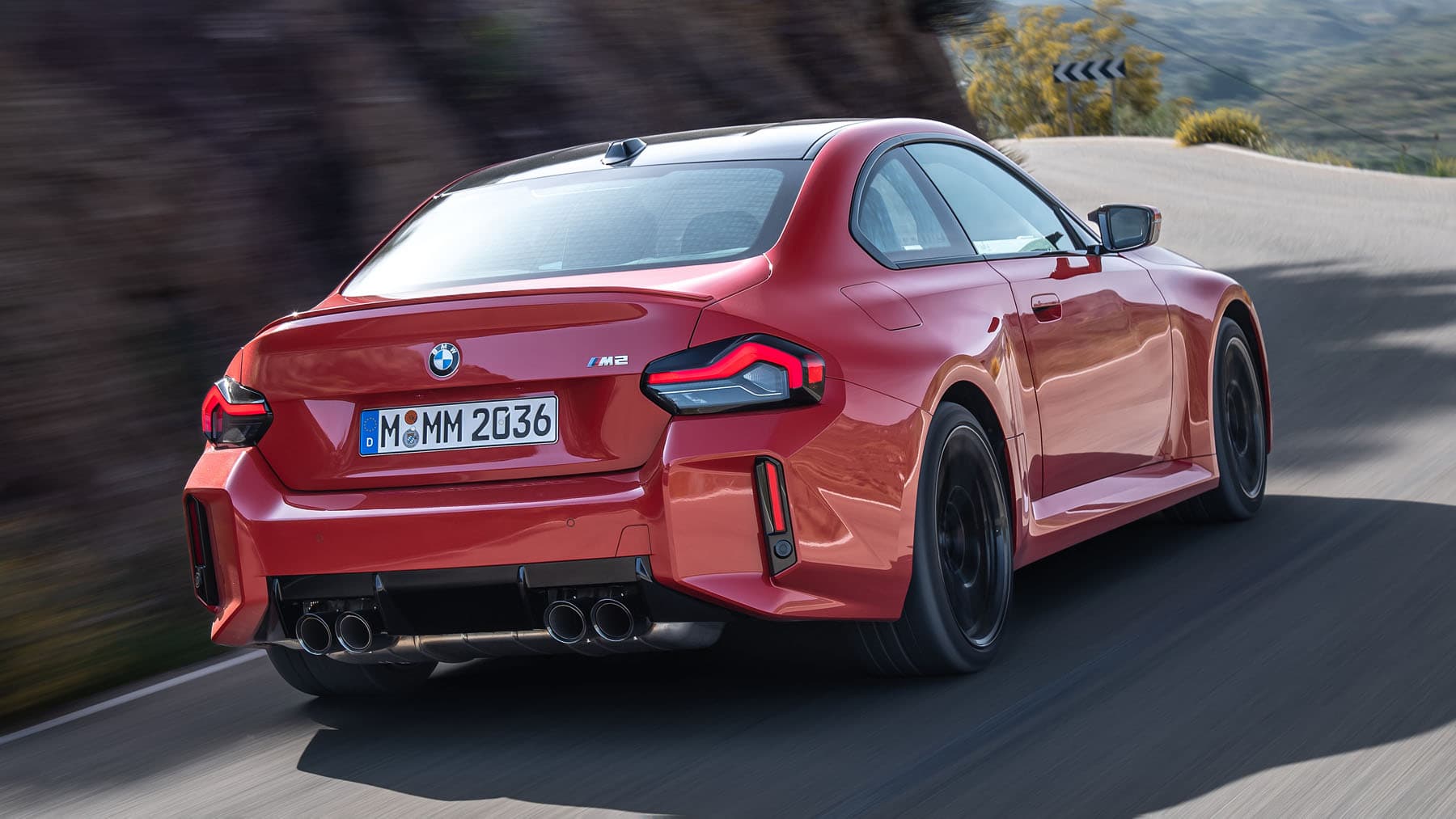 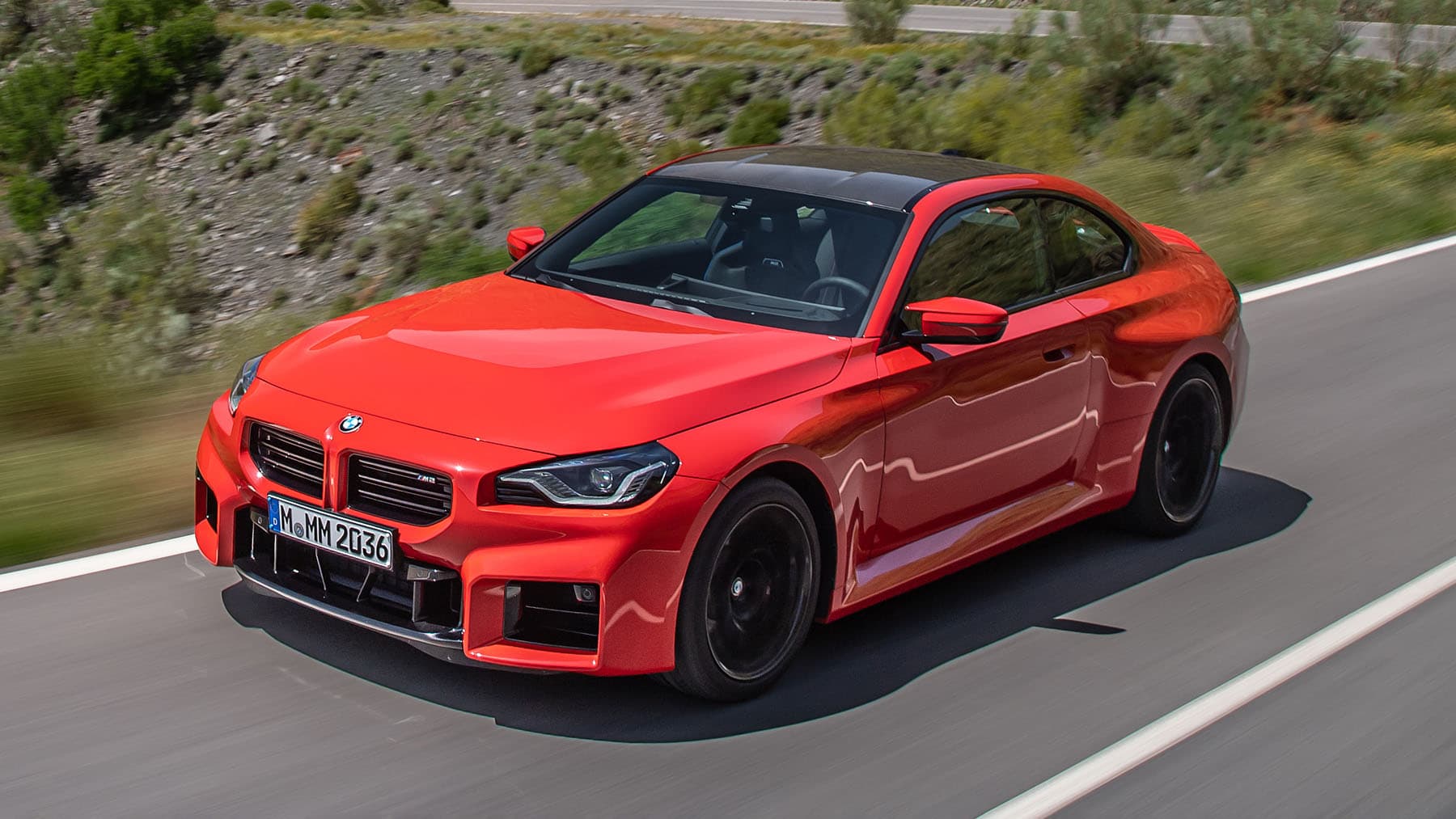 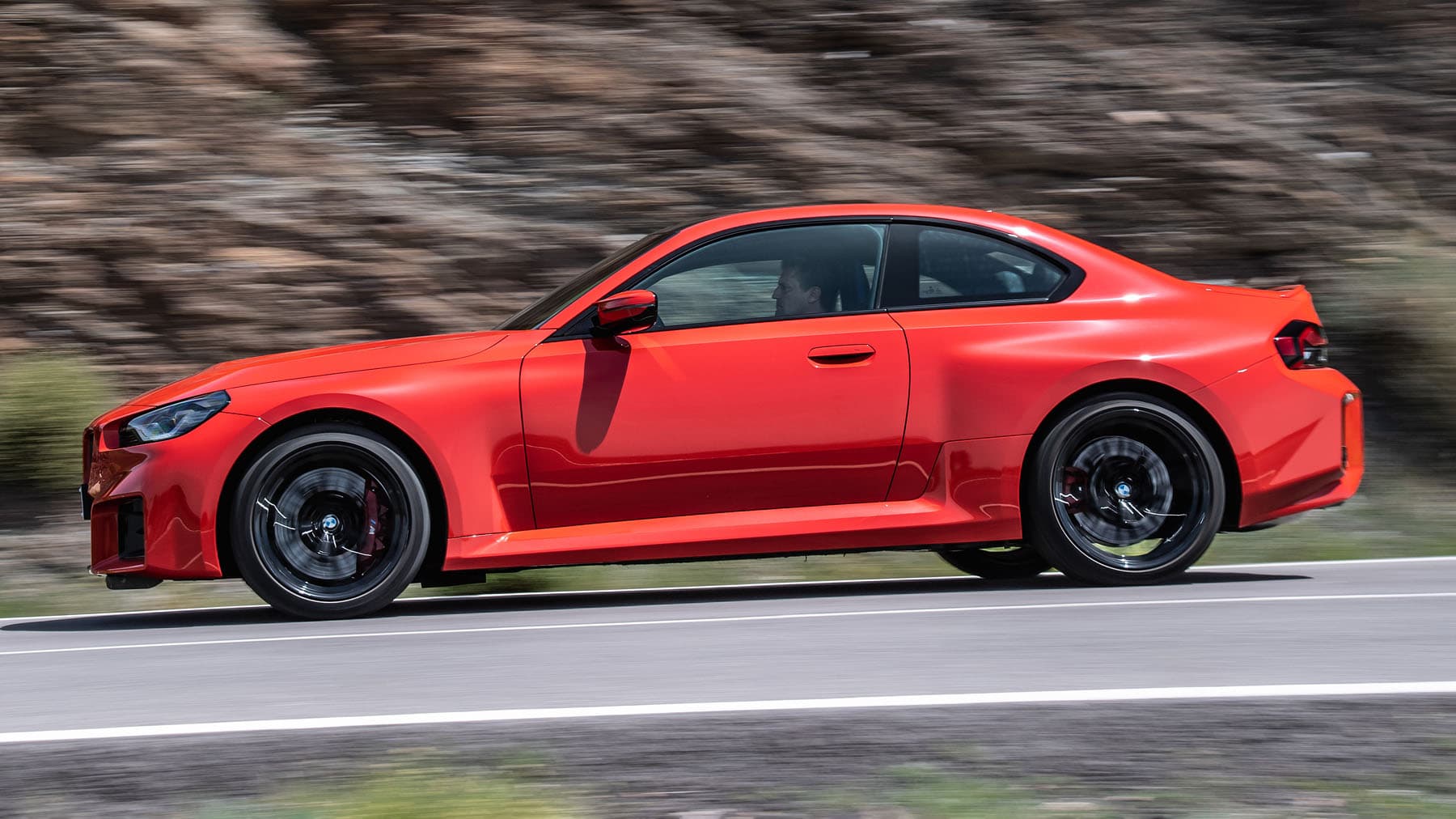 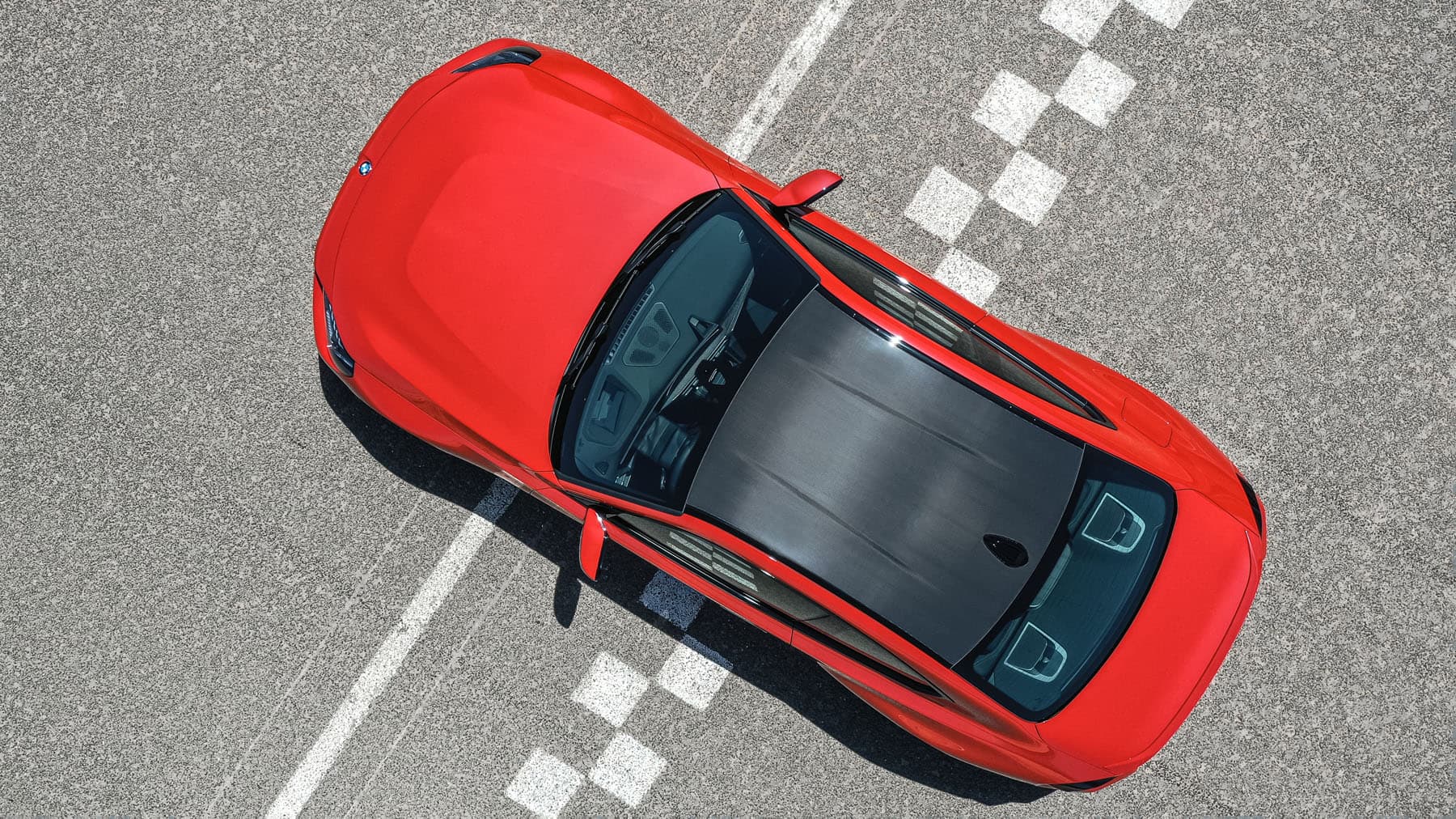 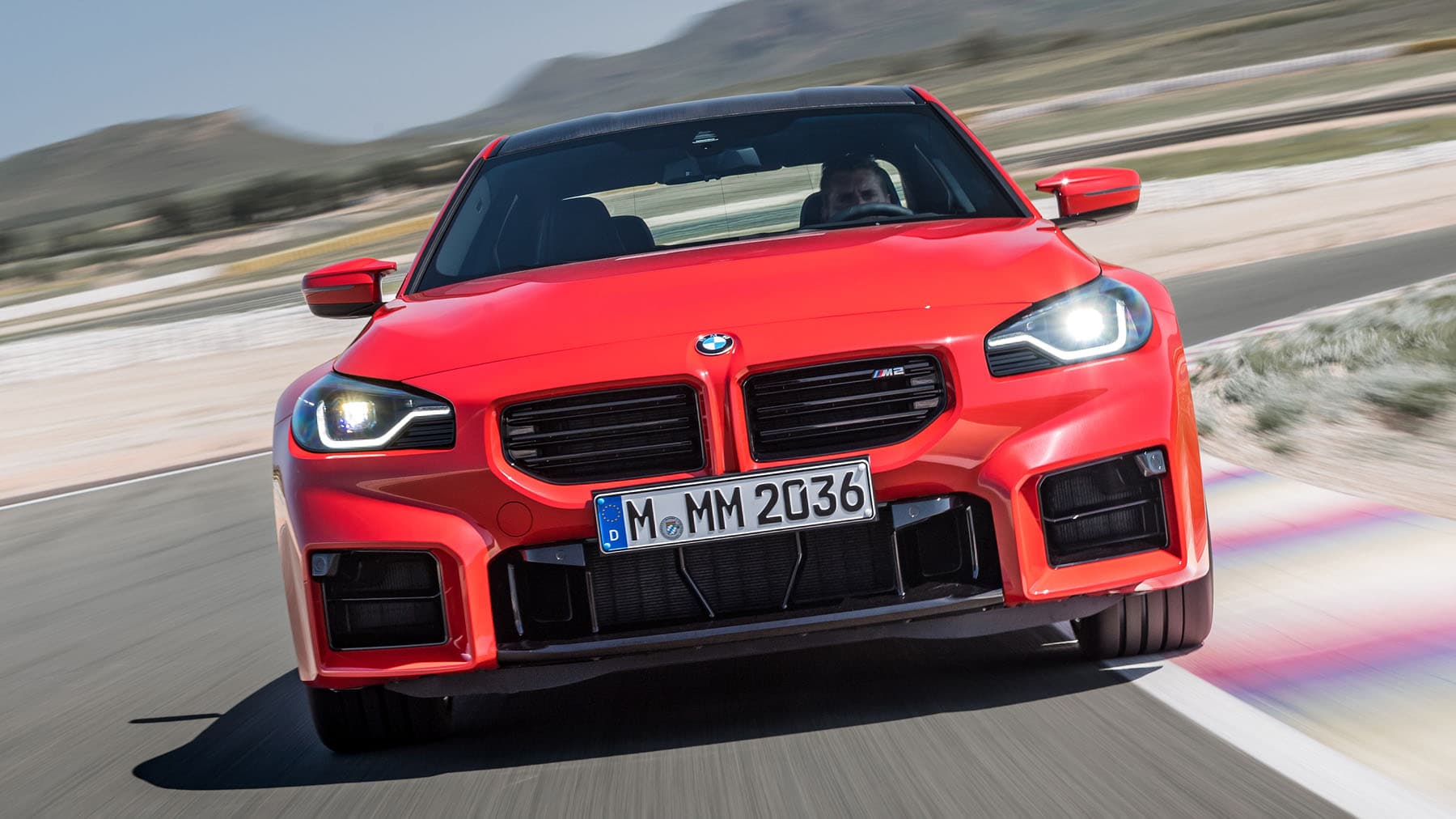 The new BMW M2 ticks off quite a few of M Division’s traditional performance car boxes. There’s a straight-six engine up front. There’s the option of a manual gearbox in the middle. And it’s rear-wheel-drive.

And perhaps in the biggest box-filling exercise yet, it appears to have sprinted off with the idea of a boxy silhouette first employed by the E30 M3; arguably the spiritual successor to this second-generation M2.

So a warm welcome to the car you’ve probably already formed an opinion about. On that, BMW calls it a “powerful design that conveys its segment leading power”. Well, at least the grilles are in proportion.

Indeed, it’s 90 horsepower more powerful than the very first iteration of one of the great performance BMWs of modern times, with a massive 460hp and 550Nm of torque from a version of the M3’s twin-turbo 3.0-litre.

Straight-sixes being a BMW speciality, this one gets a rigid crankcase, friction-optimised cylinder bores, a lightweight forged crankshaft, and a 3D-printed cylinder head.

There’s special oil cooling, while underneath runs a bespoke M switchable exhaust system with quad tailpipes as per The Rules. The Rules also dictate a 6spd manual gearbox, which you can option, or plump for the 8spd M Steptronic automatic with steering-wheel mounted shift paddles. 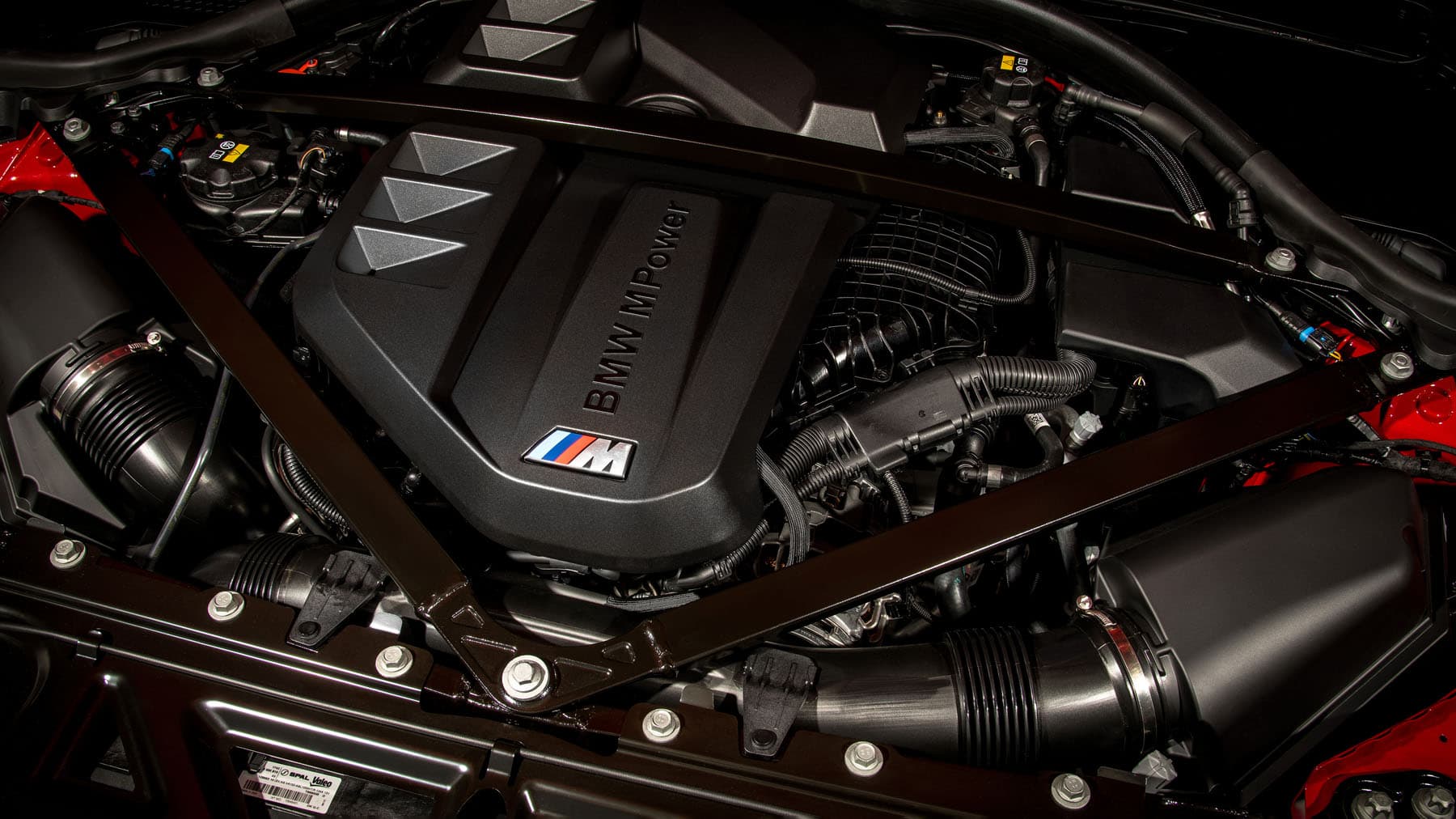 There’s chassis tech carried over from the M3 and M4 (because of course the new 2 Series is a Honey I Shrunk The Kids version of those cars), featuring adaptive M suspension, massive brakes with six-piston calipers up front and single-piston items on the back, two modes to vary the brake pedal feel and M-specific traction control (read: lairier).

Though BMW politely calls that “agility”, and points to the car’s shorter wheelbase compared to the M4 (110mm less), though hilariously, it’s just as wide as that car.

Against the standard 2 Series Coupe, it’s hugely wider. Of course that’s not the only visual difference over the regular 2 Series – huge arches, a frameless grille, and an enormous front setup that looks not unlike a squirrel storing food in its cheeks (can’t unsee it now, can you?). The standard-fit carbonfibre roof is a nice touch, though the upright sections and squared-off rear feels busy. Ditto the standard M Sports seats and the weird central carbonfibre… ‘thing’ on the seat pad.

The curved display is a nod to the modern car world’s fascination with giant screens, this one allowing careful curation of modes and infotainment, though with the turn of pace on offer, the standard-fit head-up display might be enough.

“The advances over the first-generation BMW M2, which became the largest-selling model in the BMW M line-up with almost 60,000 examples sold worldwide, are evident not just from the car’s sharper performance but also its far more extensive standard specification,” says BMW.

Indeed, another box ticked off – offer more power and stuff than before. Are the 2022 BMW U06 2 Series Active Tourer 220i and 223i sweet nectar for the parched souls of keen drivers shackled by the chains of MPV-dom? Alfa Romeo has launched a pair of delightfully retro specials

When you've got heritage like Alfa's, you surely mine it every chance you get A Digital Life review in the BMW G20 330i Luxury

Here's a taste of Digital Life with the BMW 3 Series in Singapore...