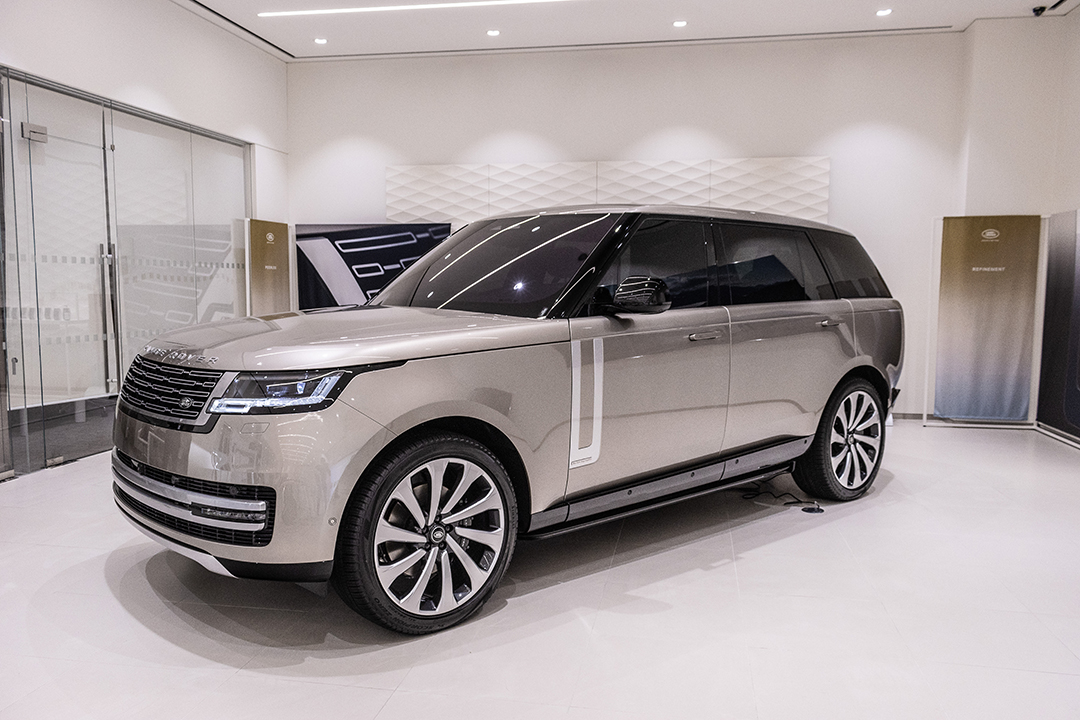 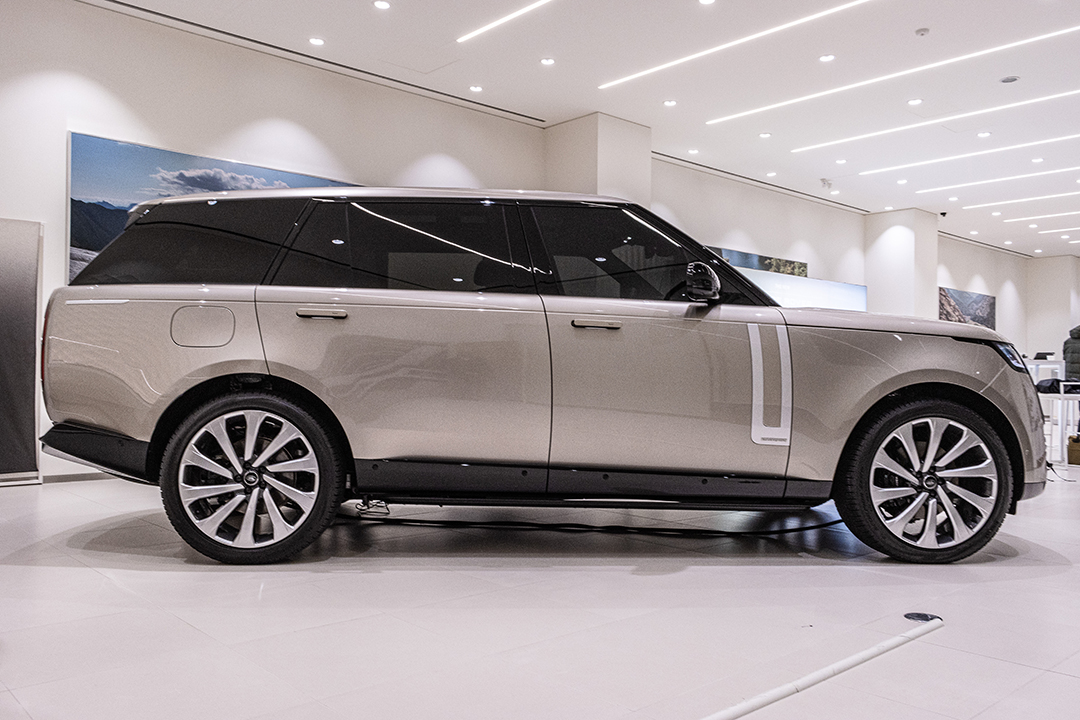 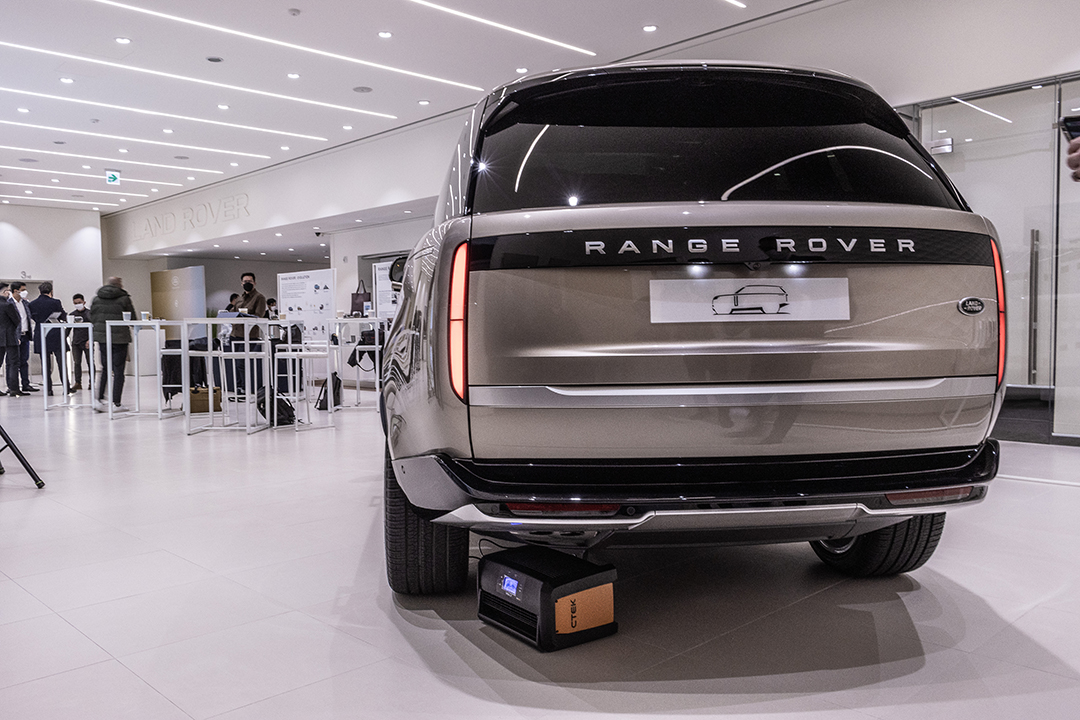 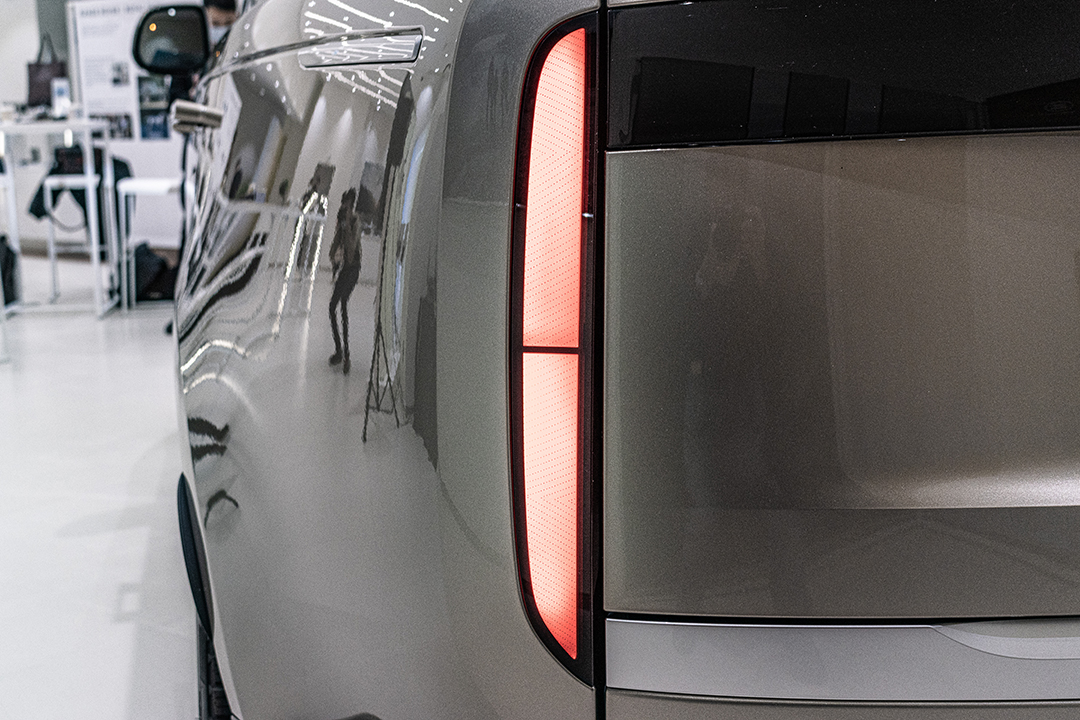 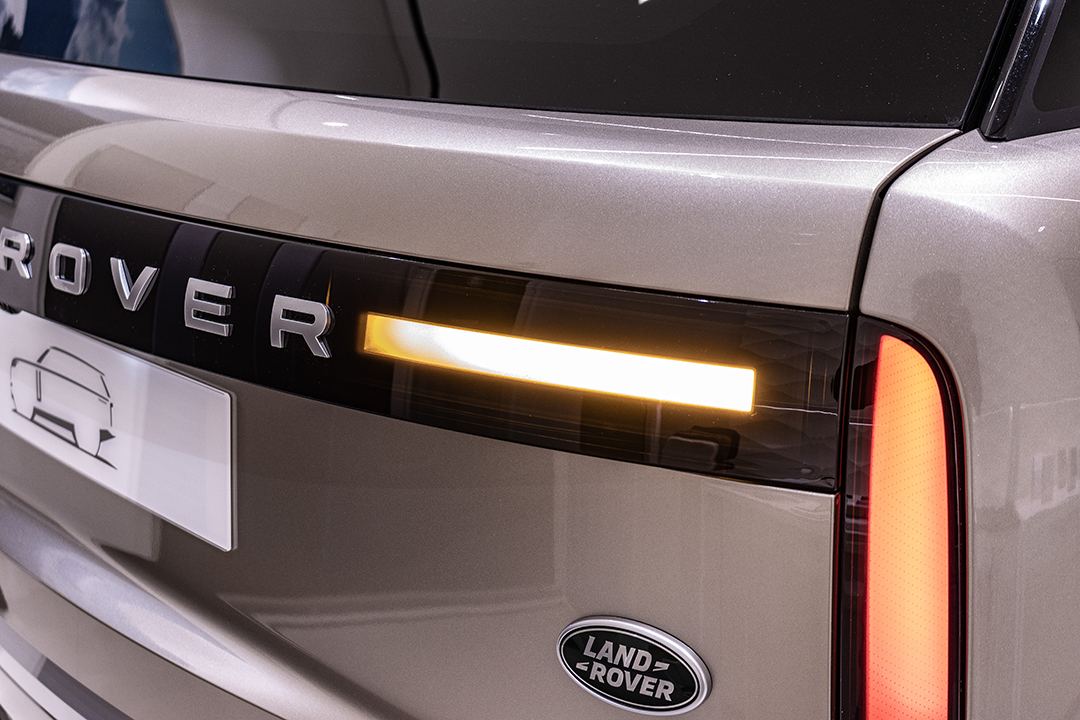 Seoul, South Korea - It certainly fills a room. Those were my initial thoughts when the covers were pulled off the fifth-generation Range Rover. Winter is almost here, and there is a Christmas buzz in the air. We had hopped onto a flight to Seoul, South Korea, to catch a glimpse of Range Rover’s new flagship SUV.

Alistair Scott, Managing Director of Jaguar Land Rover in the Asia Pacific Region, was on hand in Seoul to host us for the launch.

Once the covers were off, it was clear that the all-new Range Rover retains a similar design brief like its brethren, with the intent of being a true-blue off-roader. Being a Range Rover, it matches this capability in being a comfortable and luxurious daily driver.

Alistair mentions that the new Range Rover retains the same heritage and minimalistic-yet-purposeful design DNA found on their other vehicles. This time around, designers were given carte blanche to style the SUV the way they saw fit, and to push boundaries. The results are a restrained-yet-instantly identifiable form, which remains easily recognisable as the brand’s flagship.

The signature styling of the new Range Rover, has been distilled and interpreted over a slab-sided profile, that echoes their previous generation cars. Alistair adds that the reductive concept results in cleaner and uncluttered lines, while he proudly gestures towards the car, saying that there are even no power haunches.

For the Singapore market, Alistair says that all versions of the new Range Rover may be available, this includes a short wheelbase, and two long wheelbase variants, where the latter includes a full seven-seater configuration.

Power will be from a choice of two in-line six engines, in two states of tune (360hp and 400hp), bolstered by mild-hybrid tech. There is also a 4.4 litre V8 producing 530hp and a whopping 750Nm; this new V8 replaces the previous 5.0 (if you find the capacity of 4.4 litres familiar, this is because the new V8 is supplied by BMW).

The Range Rover is built on their new EV-ready MLA-Flex architecture, which is 50% stronger, and there will also be a 3.0 PHEV in the pipeline, which Land Rover claims will be able to travel up to 100km in pure electric mode. A full EV is in the works, and is estimated to arrive in 2024. 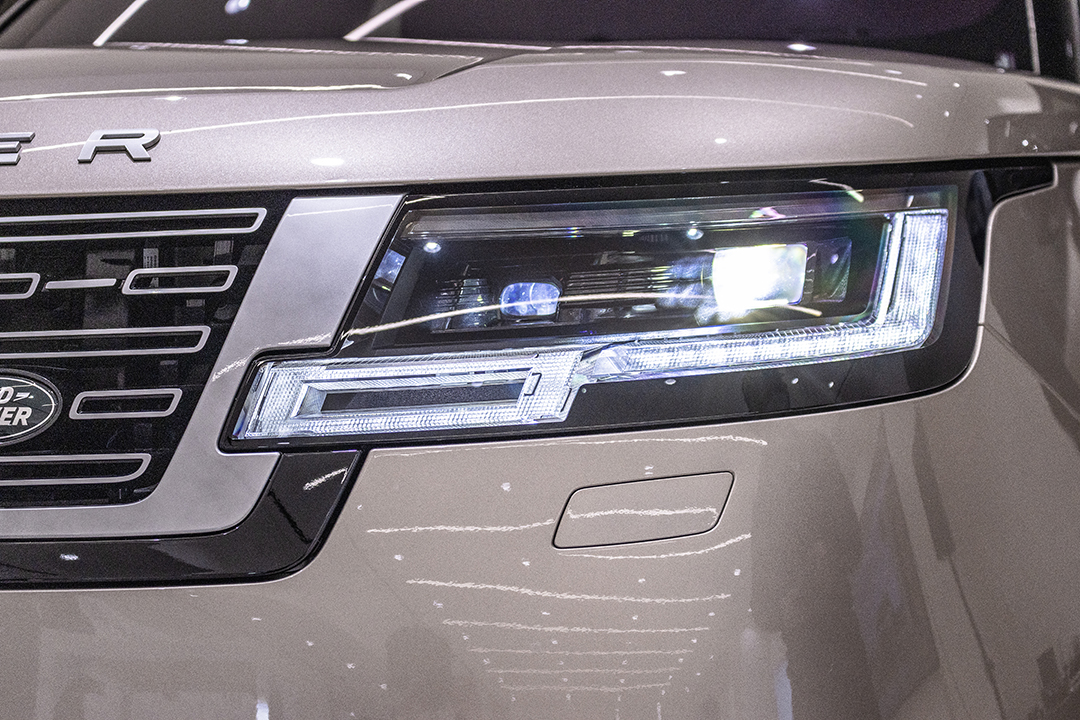 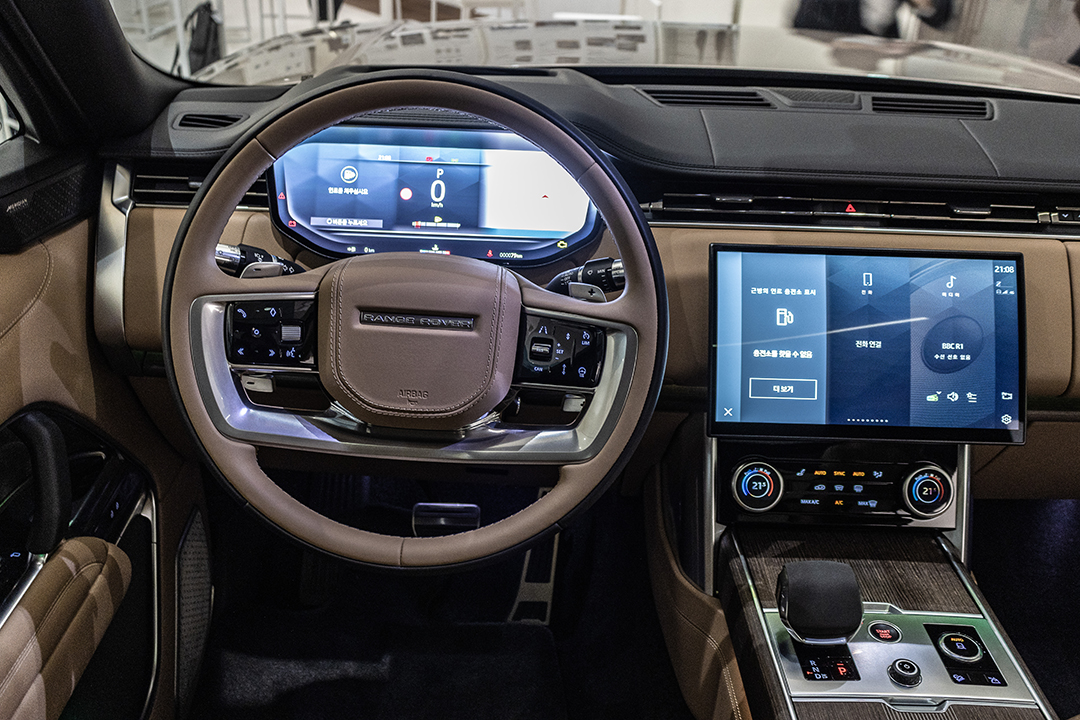 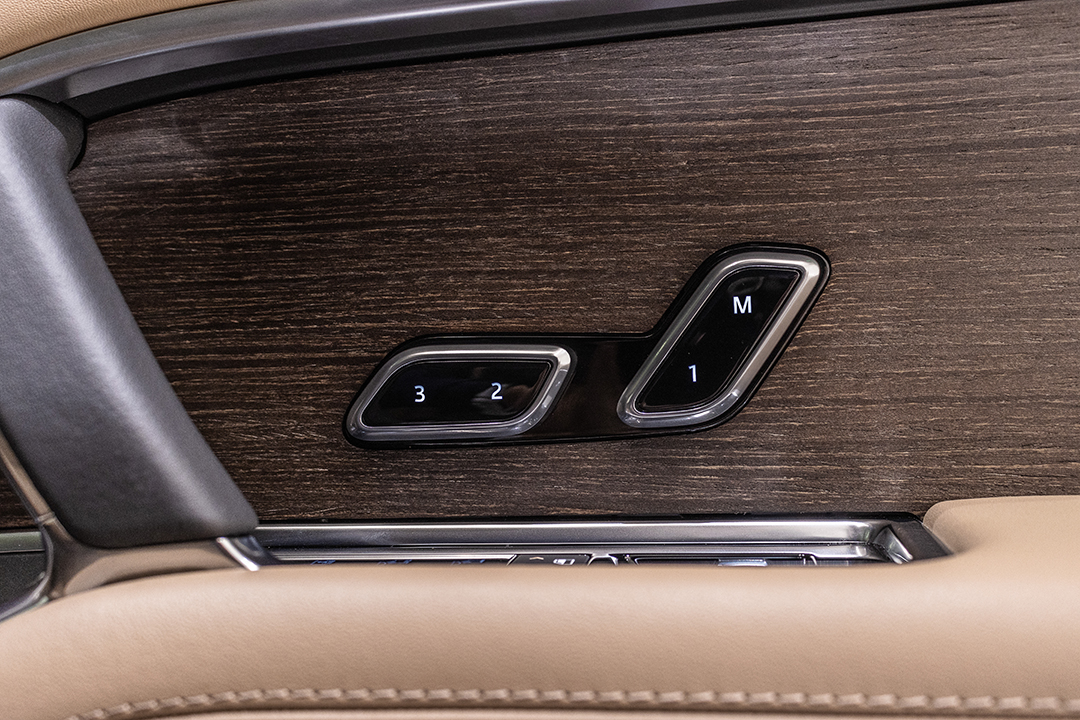 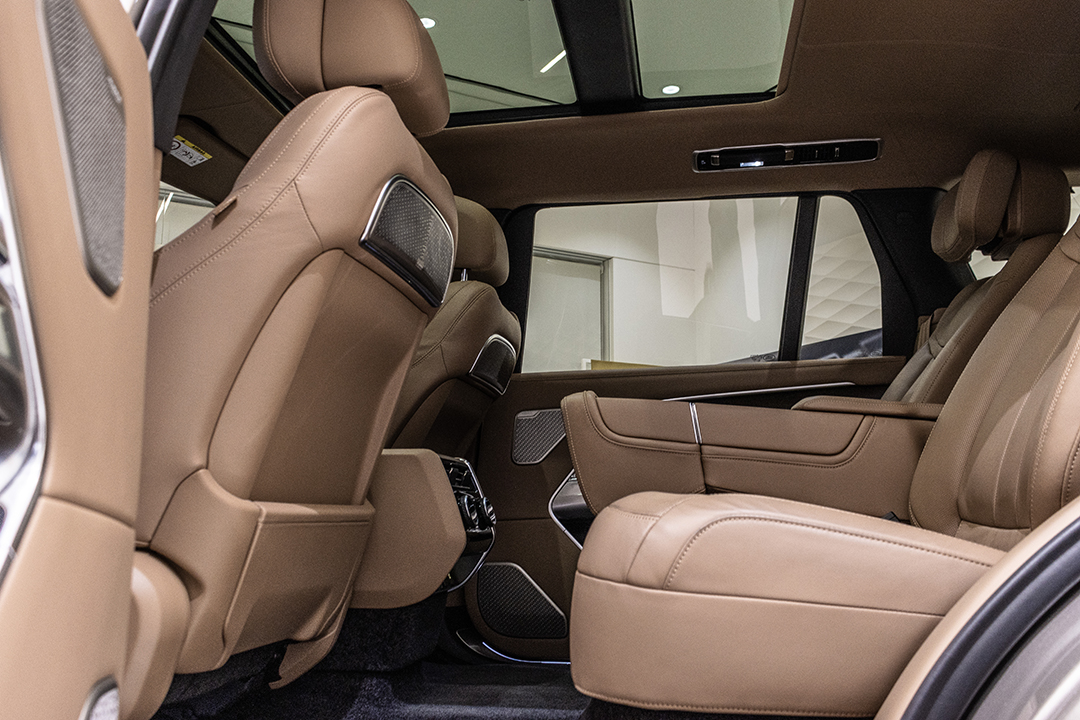 More tech, more of everything...

There is greater attention to detail, especially noticeable where the bonnet’s shutline has been reduced; this continues as an accent line running across the vehicle’s length, visually splitting the SUV elegantly and proportionately into upper and lower halves. The distinctive tapering of the styling at the rear, which sits atop a “boat tail”, are new to the car, and so is the striking rear light design. The latter is encased in a unique single glass black panel… elegant indeed.

In pulling all the stops, the list of innovations is also impressive. In the front, there are 1.2 million individually controllable digital micro-mirror devices (DMDs) in each headlamp, allowing for a precise beam with a range of up to 500m. Speaking about lighting, Manoeuvring Lights which project onto the ground are a new feature, which work in tandem with the 3D camera, which add to low light off-roading or parking confidence.

The interior is also technologically advanced, with a 13.1-inch Privi Pro curved infotainment touchscreen, and a 13.7-inch Interactive Driver Display instrument cluster offering owners flexibility in how driving and other data is displayed. Beyond the added padding to keep the interior hushed, there is also Active Noise Cancellation, courtesy of the 35-speaker (including two mounted onto the boot door) 1,600W premium Meridian audio system. This takes noise cancellation up a few notches, as it has the ability to provide your very own quiet zone within the interior.

Range Rover has also retained their signature split tailgate, but what is new, is a foldable backrest - cushions included. This doubles as a barrier the other way round to reduce the movement of cargo within the boot when on the go. Additionally there is also a small refrigeration unit built between both the front seats, which we also saw in the Land Rover Defender. Luxury that you can truly make your own.

Those who are keen on a more unique interpretation of the Range Rover, can opt for the handcrafted SV variant, built by Special Vehicle Operations (SVO). A white ceramic roundel denotes the ownership of something extra special. Previously, this was envisioned by SVAutobiography. For the first time, all Range Rover body styles can be specified with curated SV Serenity and SV Intrepid design themes. This opens the door for more exclusive design details and materials for both the interior and exterior. Interestingly, the ceramic used on the exterior badging is also repeated on some of the interior switchgear - truly a unique touch.

Range Rover says that Singapore will see the first cars arrive in May 2022. The new and improved Jaguar E-Pace sees the addition of a 1.5-litre three-cylinder, amongst other engine options. The next Land Rover Discovery is a mid-engined sports car

As every sports car maker guns for SUVs, Land Rover fights back with a Cayman killer It has a POWER BULGE. It has ELECTRICITY. Plus, a bigger GRILLE. There’s more, too