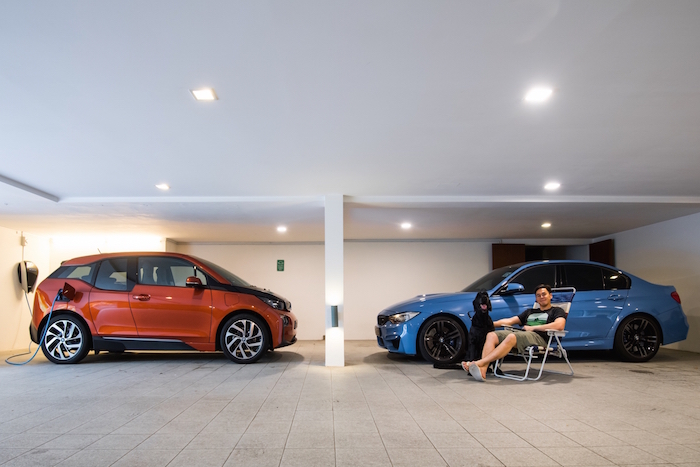 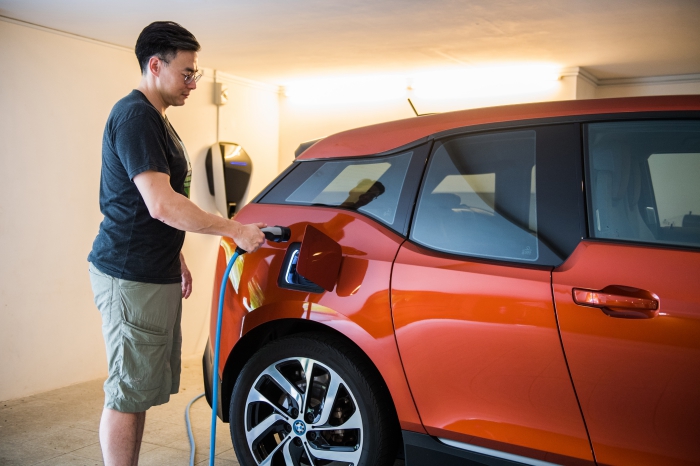 Singapore - Some of the best relationships arise from the most unlikely of beginnings. At the start, it seems like there's a language barrier and no common ground to speak of, but little by little, each gets under the other's skin until one day, a perfect Yin-Yang equilibrium is achieved, like matching jigsaw pieces in the puzzle of life.

That's exactly how the i3 and the M3 segue so perfectly into the lives of Jon and his missus and Nash. 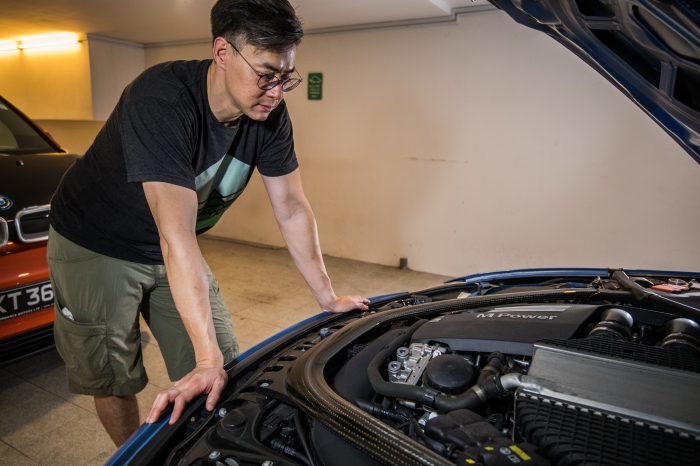 Jon's a long-time fan of performance cars, and the M3 was a natural evolution in his car ownership portfolio, while the i3 REx (short for Range Extender) for his wife was to replace her pre-owned MINI.

Jon tells us, "The i3 never crossed our minds until it was time to change her car, which was starting to suffer from the wear-and-tear of wear-and-tear parts. After sitting down to talk about the costs and infrastructure requirements of electric car ownership, we realised the i3 was a no-brainer in terms of maintenance, especially considering the fact that it has no combustion engine and moving parts.”

Most importantly, the couple went into i3 ownership with an open mind, because the electric experience was new to them then.

“Instead of normal breakdowns, we expected to deal with issues closer associated to our electronic gadgets, such as a smartphone hanging for instance and “battery life” – range anxiety is very real even when you know you’re not driving that far; however, the REx keeps it at bay,” Jon quips.

After some years with the i3 (the couple owns the earlier 60Ah model), “we are very happy to have taken the plunge into the world of electric cars. The i3 has been a dream to drive and the instant torque is hilarious, although the M3 still trumps it in terms of outright performance… but then again why wouldn’t it?” Jon tells us.

His missus jumps in, “Yes, it’s great that the i3 lets you take-off from the traffic lights ahead of everybody else, especially when you’re in a rush!” 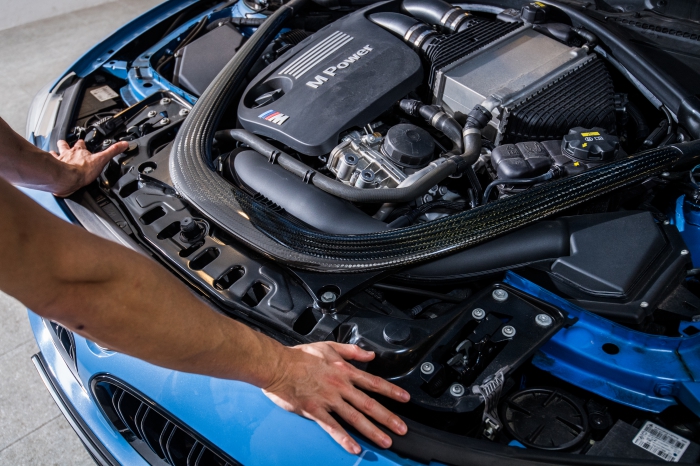 More amazing is how the M3 and the i3 complement each other. “It’s almost like they were made to be bought together. The i3 is the daily-driver to take to work, grocery runs and so on, while the M3 is a great car for the weekend and longer drives. If you can believe it, both cars will turn heads when you show up at a party!” Jon beams. 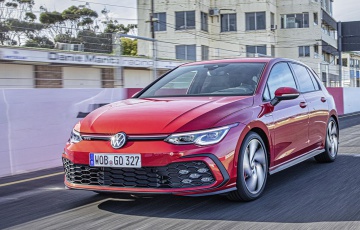 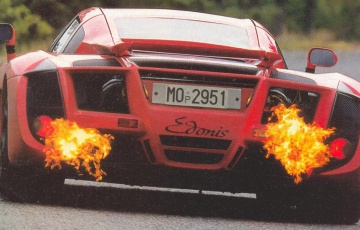 5 of the laggiest turbo cars we've ever tested

Like all good things, turbos don’t give you what you want straight away. You've got to work for it 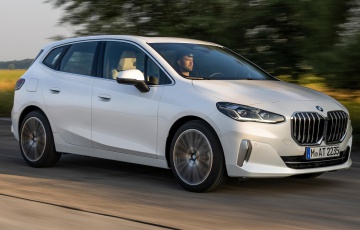 This is the brand new BMW 2 Series Active Tourer 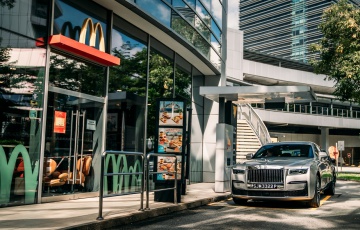 Eating Out During Singapore's Heightened Alert 2021

We eat-out and drink-out inside a few cars during the HA 2021 to show we haven't lost our sense of adventure (or taste!)