Oh my, there's a V8-powered Jeep Wrangler at last 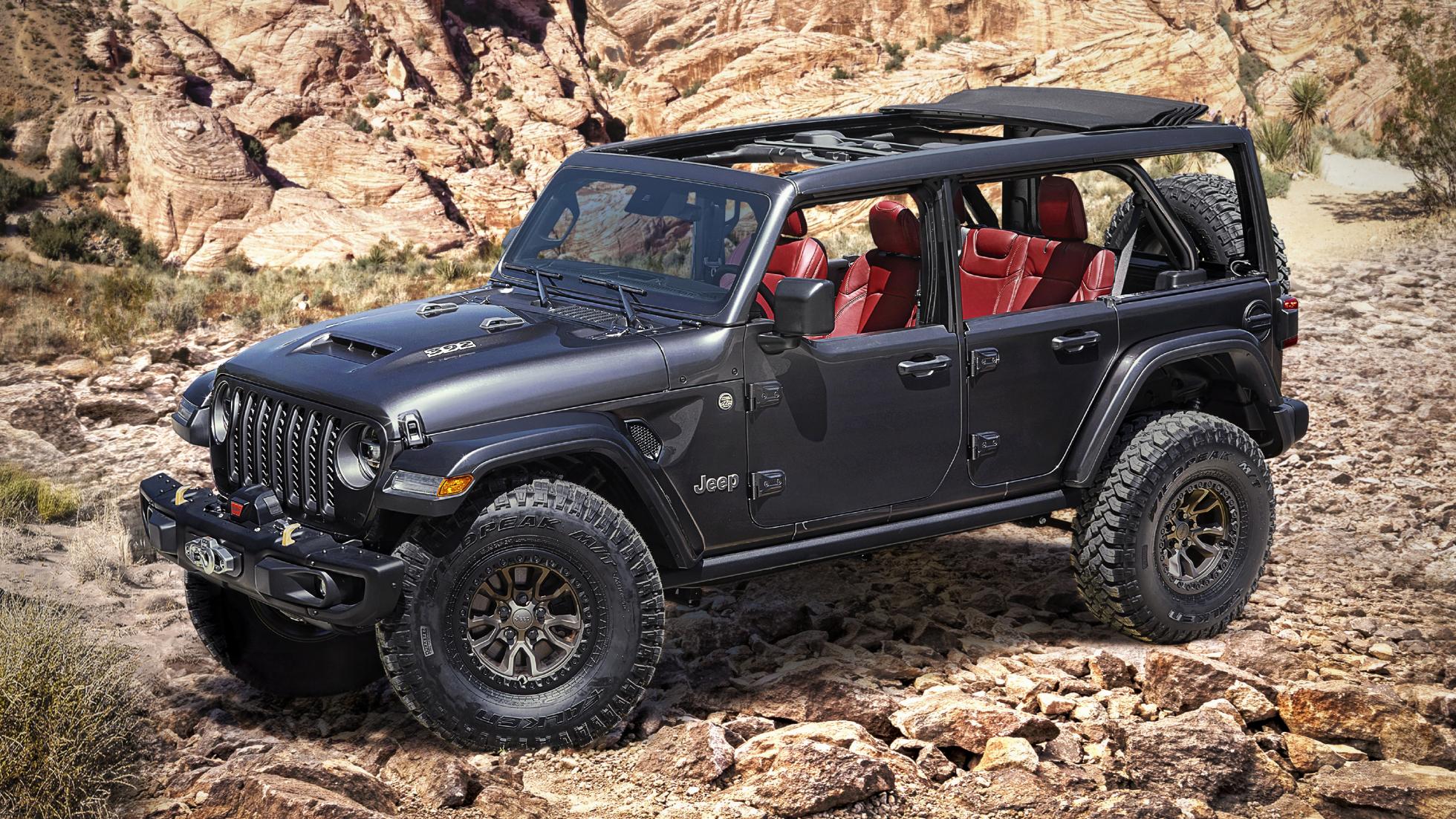 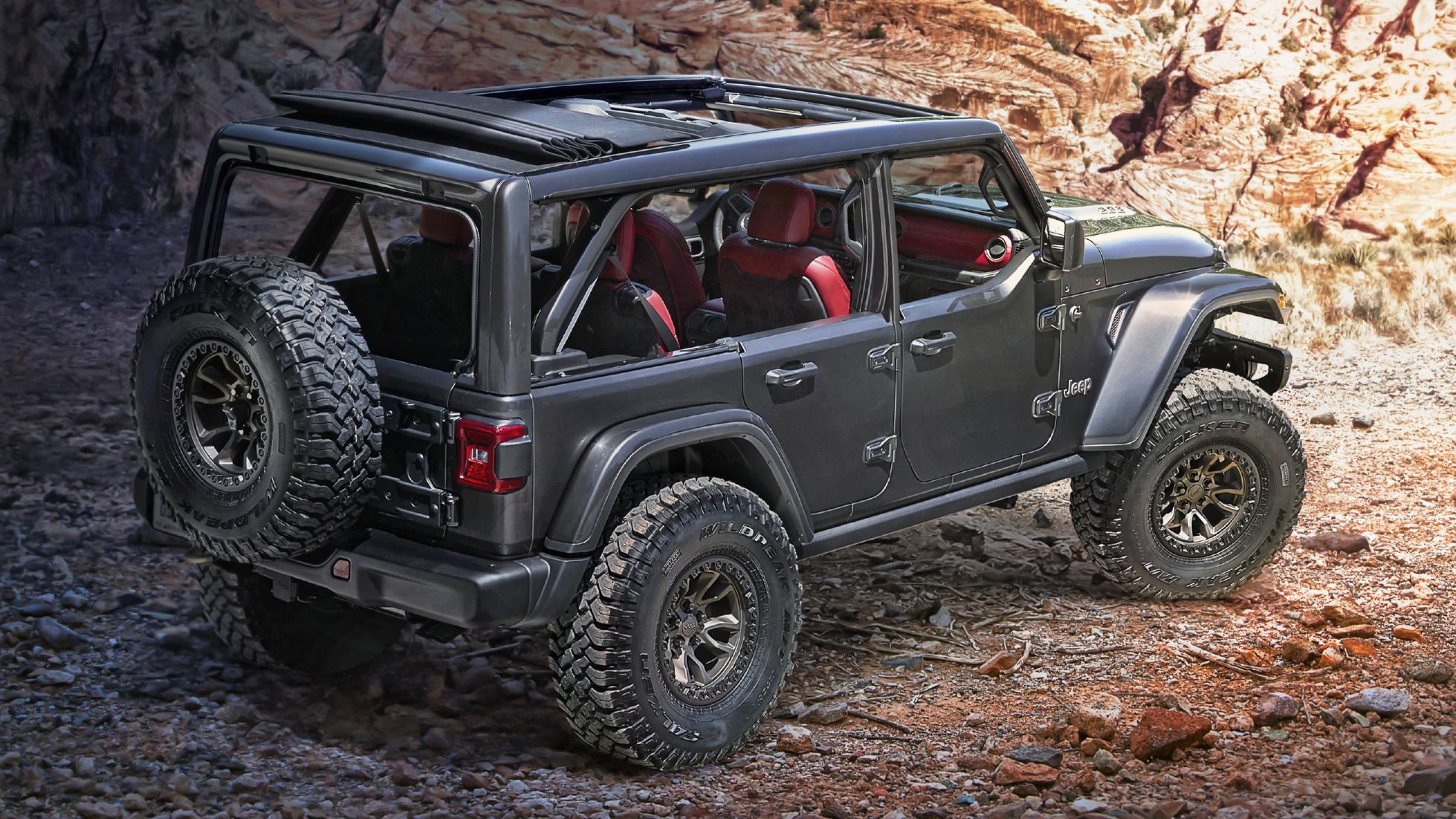 This is the week, after much teasing, that Ford reveals its long-awaited new Bronco. The significance of which is not lost on Jeep’s engineering team, who – sensing a roomful of balloons being pumped up at a launch party as we speak – have created a fantastic-looking pin to pop them with.

The Wrangler Rubicon 392 is said pin. It’s the first V8-powered proper Jeep since 1981, and while it’s just a concept for now, FCA would have to have mislaid a serious quantity of marbles to not follow through with a production version.

Its ‘392’ denotes its engine capacity, which is 6.4-litres in modern parlance. Enough. Especially when it’s tuned to deliver 455hp and 610Nm. If you’re bored of questionably modified Defenders and turned off by AMG G-Wagens, this is the hairy-chested alternative.

While Jeep boasts of a sub-five-second 0-95km/h time and a childishly loud two-mode exhaust, most of its claims concern the Rubicon’s off-road-ability. Dana 44 axles, Fox shocks, a full-time two-speed transfer case, electric front- and rear-axle locking differentials and 37in all-terrain tyres (wrapped around 17in beadlock wheels) ensure it’ll leave a G63 wallowing in its dashboard jewellery over the most extreme terrain. 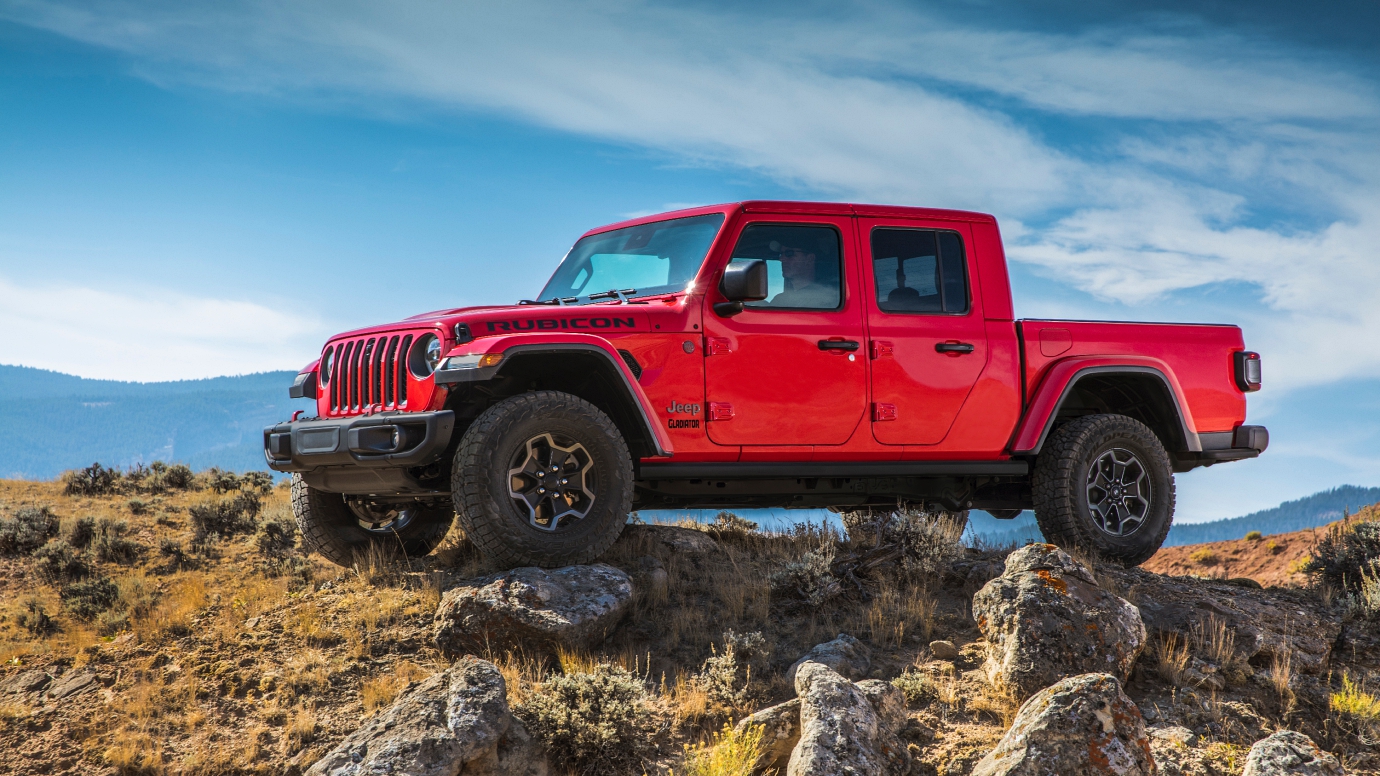 That’s not to say the Wrangler hasn’t been mildly beautified too, with ‘Granite Crystal’ paint, ‘Red Rock’ leather and bronze detailing plastered across even its most tenacious components.

Our previous experience of the beyond-spectacular Jeep Trailcat prove that a brawny V8 in a hard-as-nails Wrangler equals ‘A Good Thing’. So here’s hoping Jeep’s money people see it the same way when it comes to the Rubicon 392, with a sensible V6 diesel Gladiator pick-up (above in red) announced at the same time, surely to help underwrite a slightly sillier headline project. What Bronco? 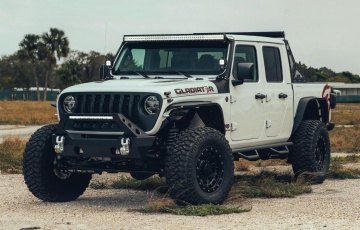 This Hellcat-engined Jeep Gladiator is taking the fight to Hennessey 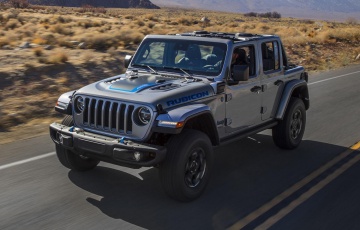 The new Jeep Wrangler 4xe is a... hybrid

What next? Guns that shoot vaccines instead of bullets? 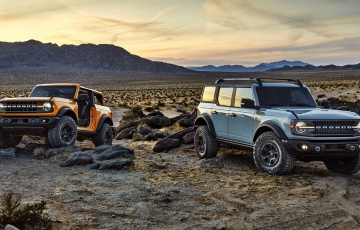 Attack/departure angles excite you more than 0-100km/h and top speed? Read on… 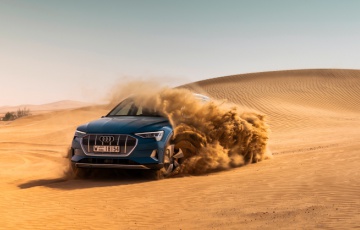 Everything you wanted to know about driving but were too afraid to ask, vol. 1