Most powerful ever road-going Mazda, the CX-60 gets 322bhp 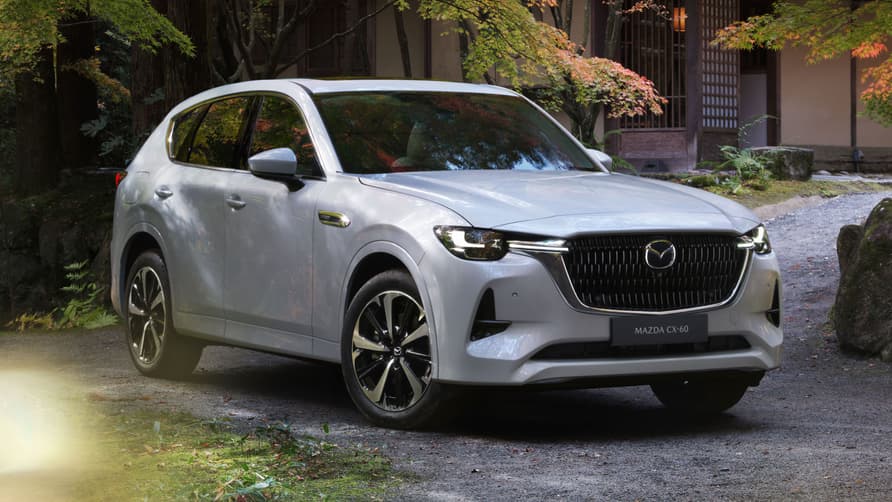 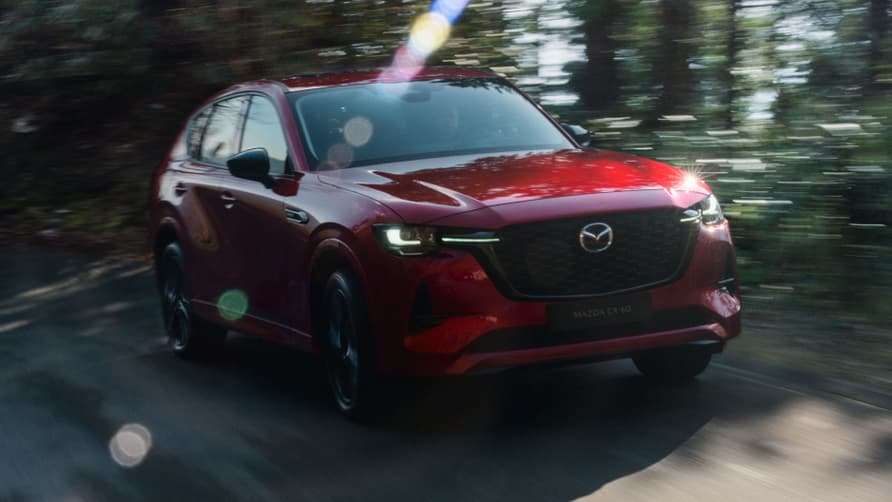 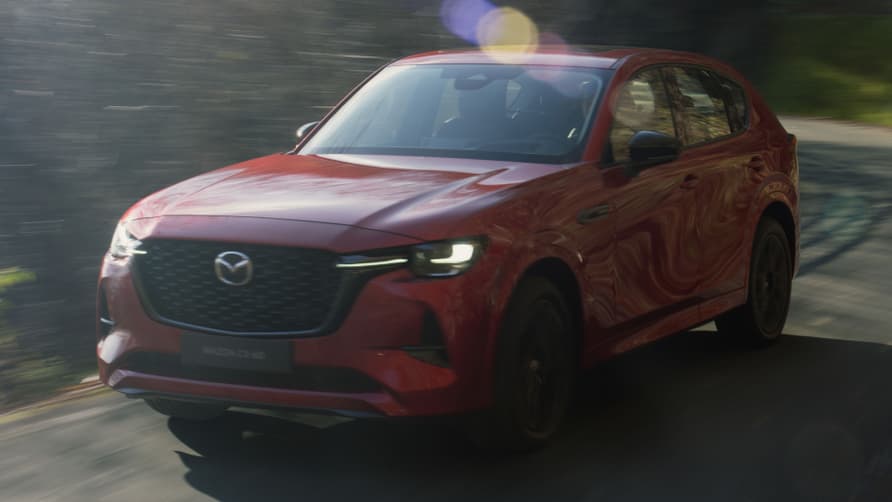 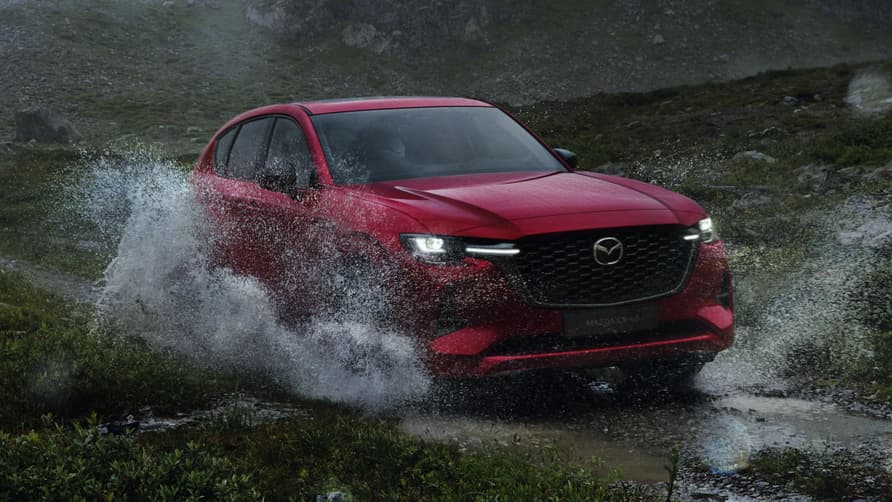 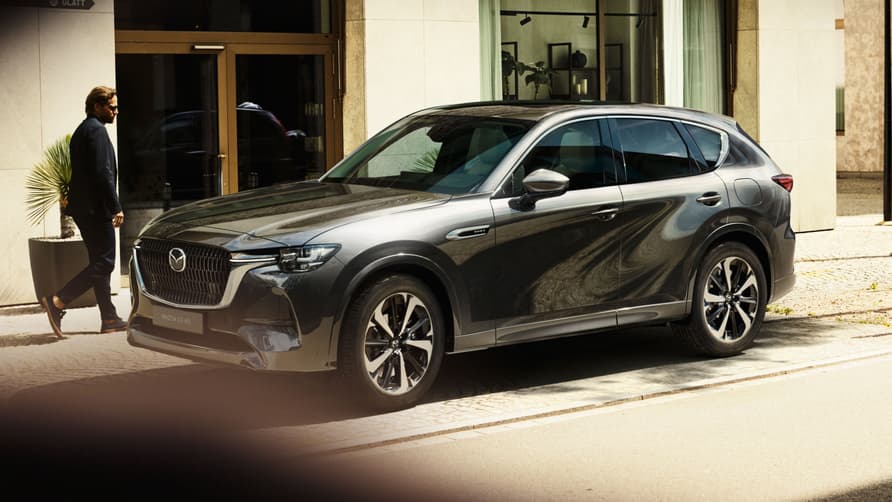 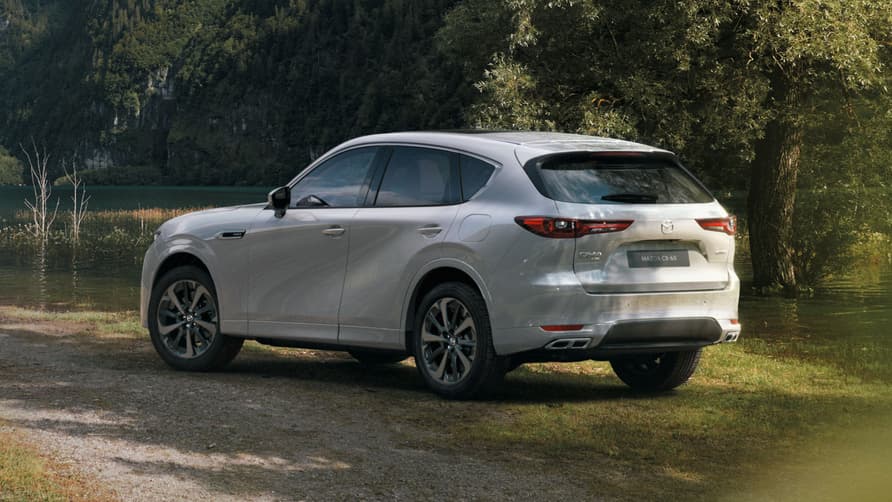 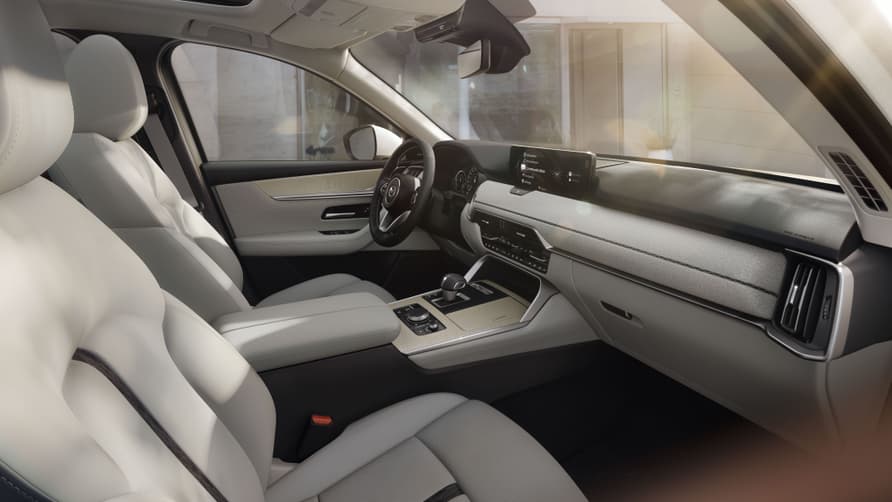 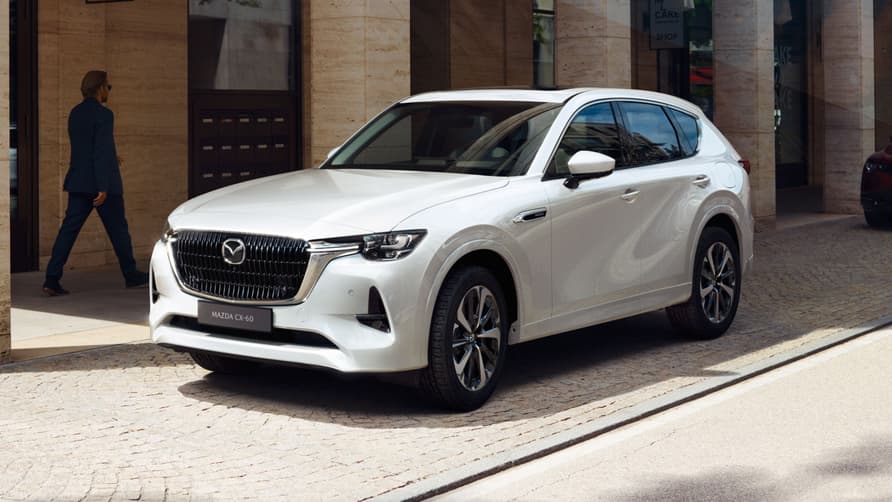 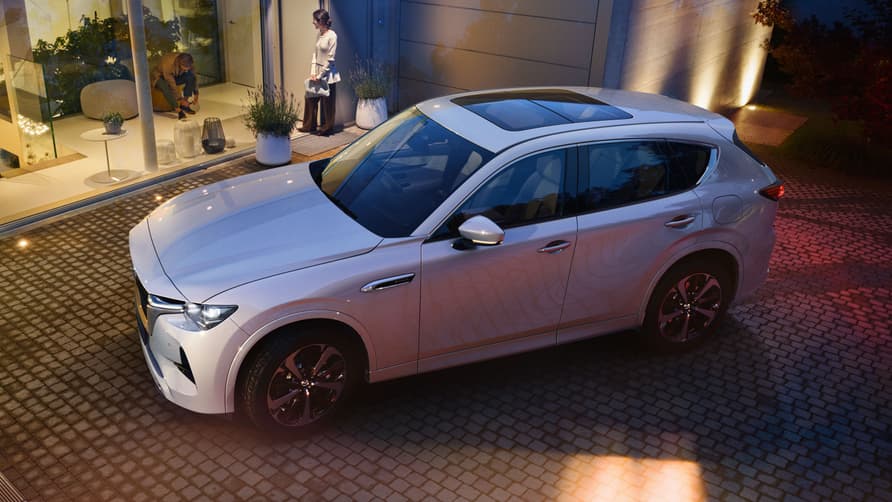 Most powerful ever road-going Mazda, the CX-60 gets 322bhp

Nope, not any number of RX-7s or even the RX-8, but this. This is the most powerful Mazda road car ever produced. It is the all-new Mazda CX-60 PHEV, a full size, five-seat, plug-in hybrid SUV.

Underneath those admittedly handsome flanks sits a 2.5-litre four-cylinder ‘Skyactiv-G’ petrol engine, which is mated to a 100kW electric motor and a 17.8kWh battery. There's an eight-speed automatic gearbox that does without a torque converter too, and there's really very decent pace indeed for something weighing a couple of tonnes.

Running on electricity alone, Mazda reckons on 63km at up to 100km/h before petrol power kicks in, and a few miles more if you’re pottering around in the city (42 miles).

Other powertrains are due to follow: a pair of straight-six units, one a 3.0-litre ‘e-Skyactiv-X’ naturally-aspirated petrol, the other a 3.3-litre diesel sixer that’s said to weigh as much as a four-pot. Both get 48V mild-hybrid assistance for better efficiency, too, and both are available with rear-drive as well. That's right, a straight-six, rear-drive SUV. 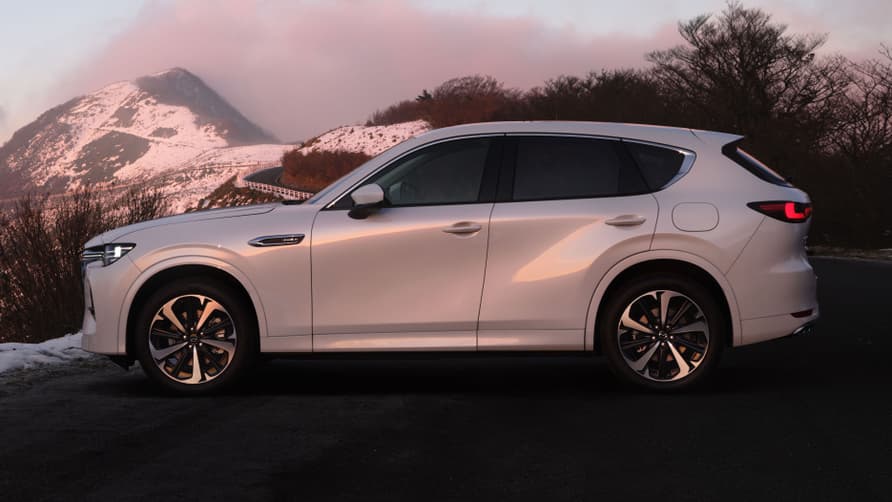 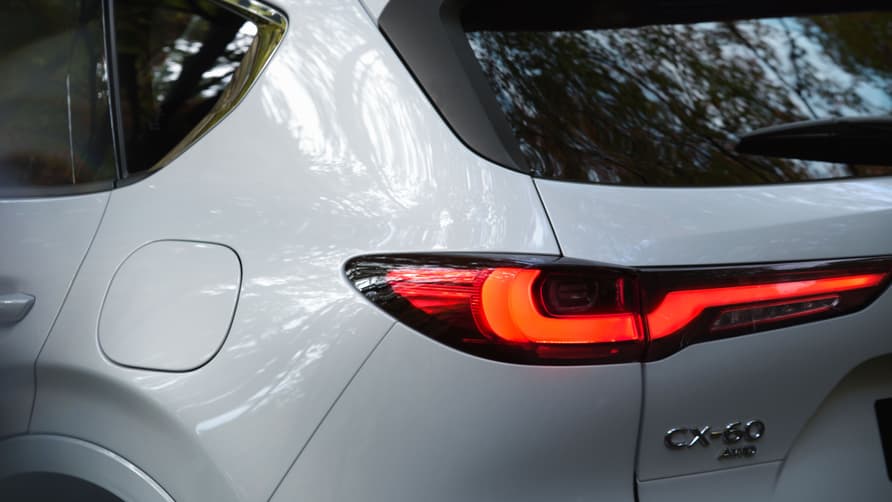 There are further nods to the CX-60’s road manners and driver bias in the form of the ‘Kinetic Posture Control’ said to stabilise the big lug when cornering; it brakes the inside rear wheel for more pointiness. Plus, slotting that battery between the front and rear axles nice and low means it’s got good stability.

Certainly looks stable, doesn’t it? Mazdas have long been handsomely proportioned, well-thought out designs, and this big new CX-60 is no different. That front-engined, rear-drive architecture gives it an innately proper stance, layered with the latest iteration of the company’s long-running ‘Kodo’ design language. There’s an air of quiet grace about the CX-60’s almost slab-sided flanks, but nothing offensive, certainly.

Fairly clean inside, too. As with all Mazdas, there’s a driver-bias, a mix of materials abound (leather, wood, chrome), a touchscreen atop the dash, a 570-litre boot (rising to 1,726 with the seats folded) and a range of trims running from the entry-level ‘Exclusive’, through ‘Homura’ and the range-topping ‘Takumi’. Each gets correspondingly more luxuriant. And expensive.

Mazda Motors UK boss Jeremy Thomson said: “With the positioning of the high voltage battery at the centre of the car and as low as possible, this is a PHEV with a particularly low centre of gravity. This, combined with a permanent all-wheel drive system incorporating shaft-driven transfer of torque between the axles, gives the car superior handling characteristics on a par with the best in the premium segment."

Sounds good, but you’re waiting for the straight-six, rear-drive one, right? Has Mazda made a good-looking pick-up truck?

The new Mazda BT-50 is actually an Isuzu underneath 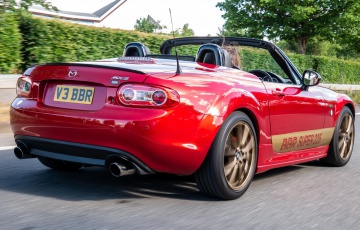 And not a turbo in sight. 2.0-litre gets throttle bodies for more power and torque