Lando Norris: ‘The choice to stay with McLaren was clear’ 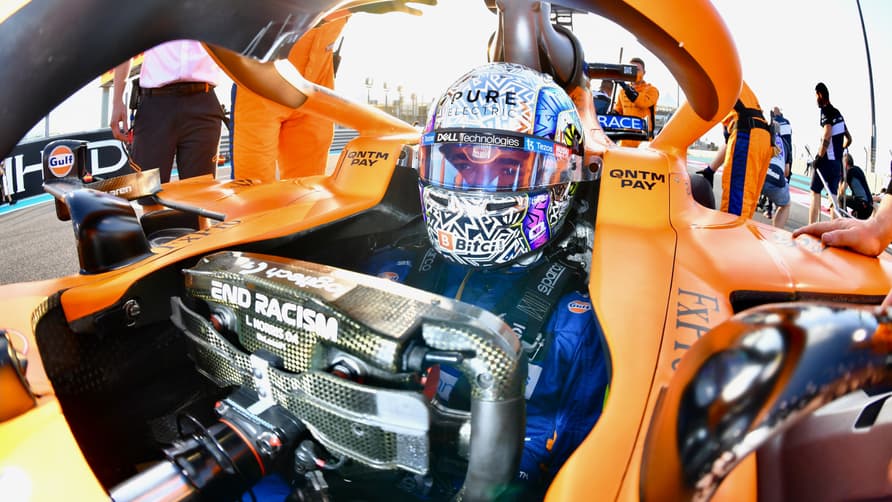 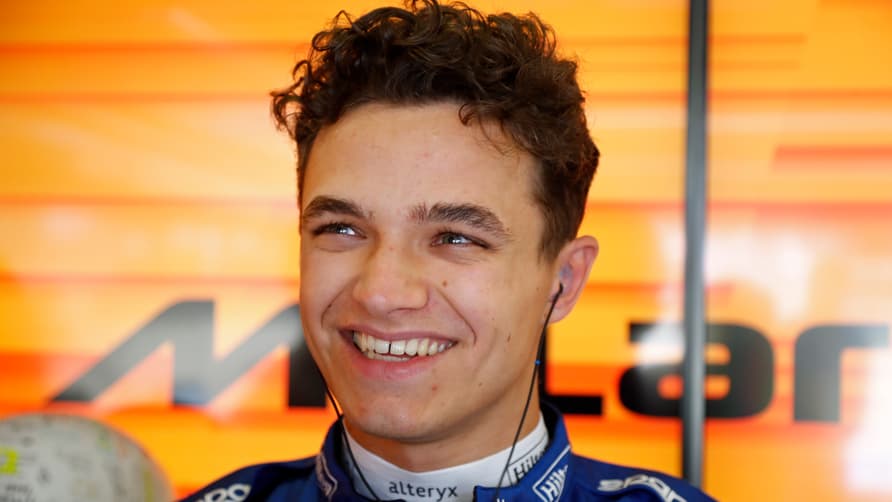 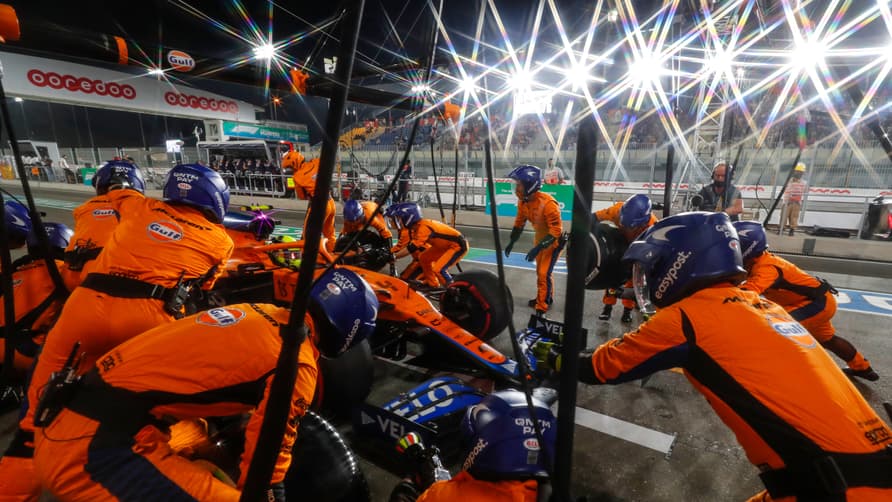 Lando Norris: ‘The choice to stay with McLaren was clear’

2021 was a breakthrough year for Lando Norris. The young Brit began to look like world champion material in his third season in F1, and by stepping up in such a big way - podiums, a pole position and so nearly a maiden win in Russia - he has earned himself a long-term deal until the end of 2025 reportedly worth many, many pounds sterling. (Which translates to many, many dollars in Singapore currency)

But why choose McLaren? So exceptional was Norris’s year that his services would’ve been in very high demand at the business end of the grid. How many limbs would Christian Horner give up for a reliable driver in the second Red Bull seat? Or Toto Wolff for that matter, had Lewis Hamilton done the unthinkable and retired during the winter?

At the launch of McLaren’s new car last week, TG put this very question (the first one, not the thing about team principals’ legs) to Lando himself. 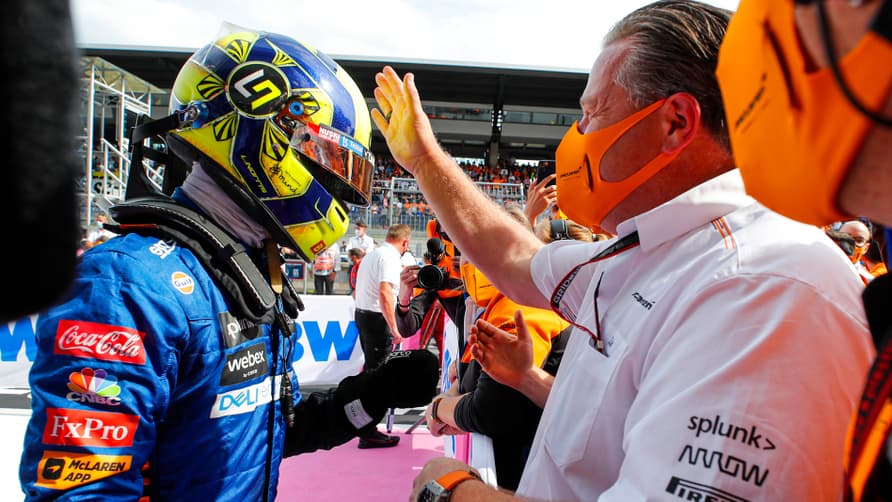 “The choice to stay with McLaren was quite clear,” he explains. “I know the areas where we are weak now compared to other teams: the infrastructure side, the [new] wind tunnel… that’s probably not going to be done until the end of the year. But there are certain things which are going to help us in the future.

“We have an extremely good team now from the bottom all the way to the top. We’re still on a bit of a path being able to get to that point where we want to fight for championships and wins and so on. But I think the next couple of years is when these things we have in the pocket will start to come into play.

“I just want to be part of that. I feel like I owe it to McLaren. That and of course, I really like it here! It’s very enjoyable, I love the people I work with and at this moment in time I don’t want to change things.”

As so many drivers have found out over the years, the art of picking the right team at the right time is exceptionally difficult; just look at Alonso. But in analysing the bigger picture, Norris comes across as having carefully looked at all his options before putting pen to paper. 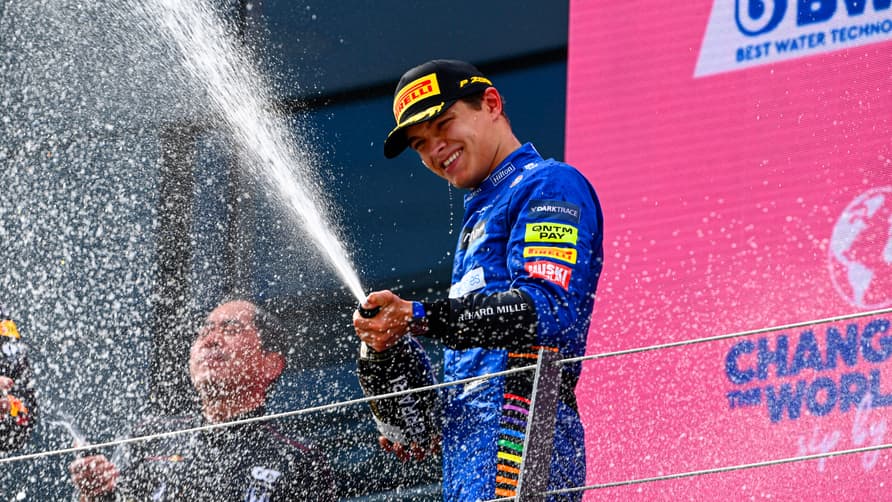 And although he “can’t say what went on” in his conversations with other teams, he stresses that none of them “went into too many details”. So now that the i’s are dotted and the t’s have been crossed, is there any extra pressure to perform?

Not according to Norris. “I know what the team are expecting from me on track,” he says. “I’ve just gotta be doing the same things I’ve been doing, I don’t need to change anything because of whatever contract I have. They’ve obviously put their faith in me, I’m just very happy for that.

“I’m happy to be sitting here and know what my future looks like for such a long period of time when other drivers might not. But that’s not my problem, I’ve got to look after my own career and my own life and I’m in a very good place now.” 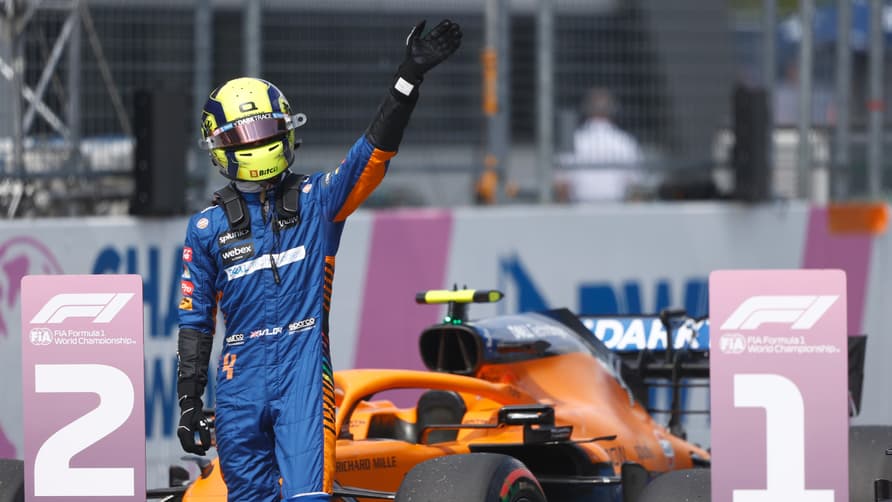 Arguably Norris is in a better place than his teammate heading into the new season. Daniel Ricciardo made the switch from Renault (now Alpine) to McLaren last year, but by his own admission struggled to adapt to the new car because of its unusual characteristics compared to other cars.

The arrival of a new generation of F1 cars gives the Aussie the chance to reset and remind everyone of his pedigree, and Norris reckons there’s “no reason” for their rivalry to hamper the team’s progress.

“We both want the same thing,” he says. “We both know when we’re doing a bad job, when we’re doing a good job, and when we have a car capable of winning races. We’ll work together, we’ll push each other. And we help each other, right? There were times when I was trying to help him last year to understand the car, understand how to drive it, and it goes the other way as well.” 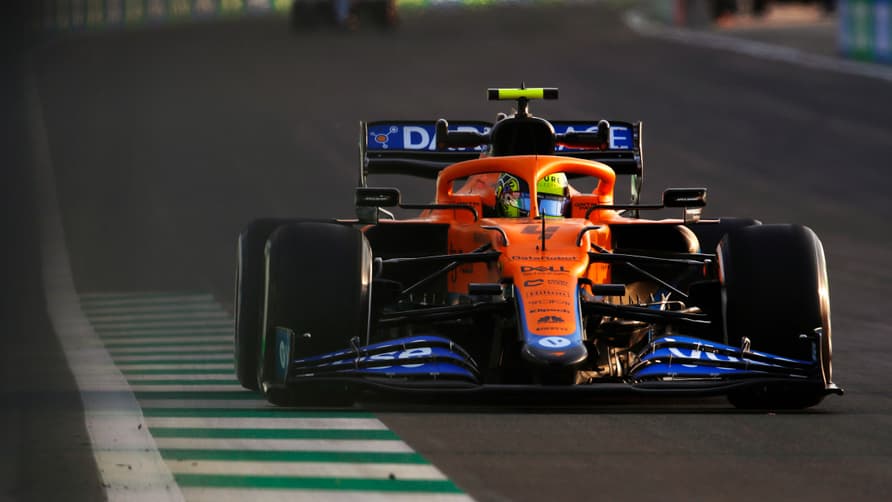 Adjusting to the new machinery quickly will be crucial. Like everyone else, Norris has spent a lot of time in the simulator working out how to extract the most speed from the new formula, as well as getting to grips with the new, 18in low-profile tyres and the way they, er, restrict the drivers’ view of the corners.

Apart from admitting that this might make street circuits “extremely difficult”, Norris isn’t worried. “Touch wood, it’s been one of my strengths in the past to adapt to new cars and different driving styles. That’s something I enjoy, and a challenge I like quite a bit.”

And what’s his goal for 2022? “To increase consistency just that little bit more, and to not have these little mistakes that were very costly. Just a couple of things along the way which have led me to not scoring points maybe when I should’ve done. And just being there when it counts.” The knighted F1 driver goes on a night ride in Tokyo behind the wheel of a Nissan Skyline R34 GT-R. Expect donuts, smoking tyres and a smoking shifter. 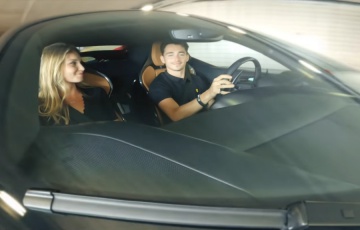 Presenting 'Le Grand Rendez-Vous', a collaboration between Ferrari and Claude Lelouch, on the deserted streets of Monaco. Starring the SF90 Stradale... 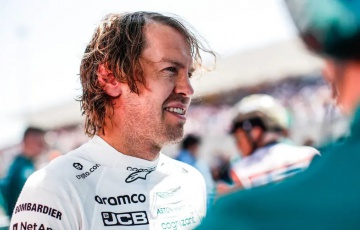 Hold the front page! Four-time world champion Sebastian Vettel will retire from F1 at the end of 2022 … while Daniel Ricciardo ditches Renault and moves over to McLaren