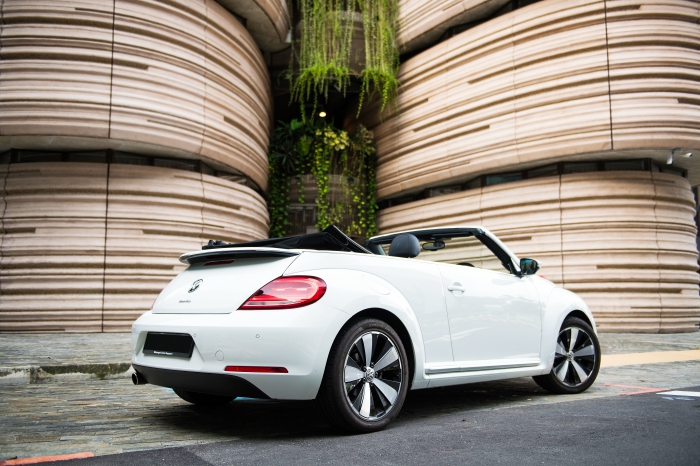 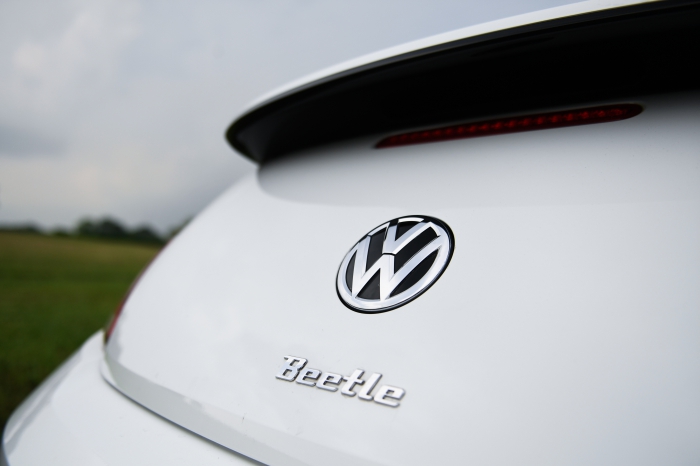 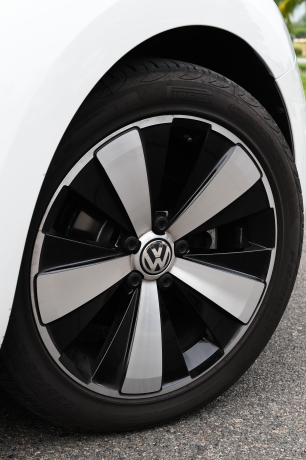 For starters, we like that it’s not as cutesy as the last iteration, and this new model’s rear treatment and sculpted ‘square-top’ bonnet are altogether more sporty; in fact if you squint hard enough, you can see elements of the original from the 50s (and dare we say, 356!), and not the more ‘friendly’ Herbie version of the 70s. 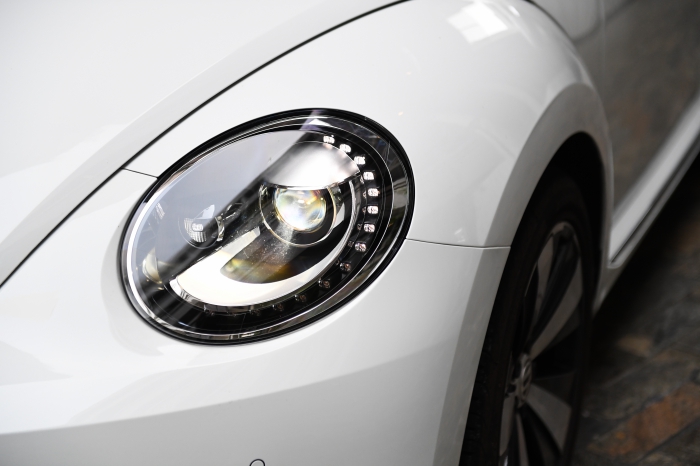 The earlier New Beetle also felt too much like a styling exercise, which adopted the form and aesthetic trappings, but not the essence of the original (even if it was a runaway success), something that we feel has been recaptured in this edgier, New New Beetle. 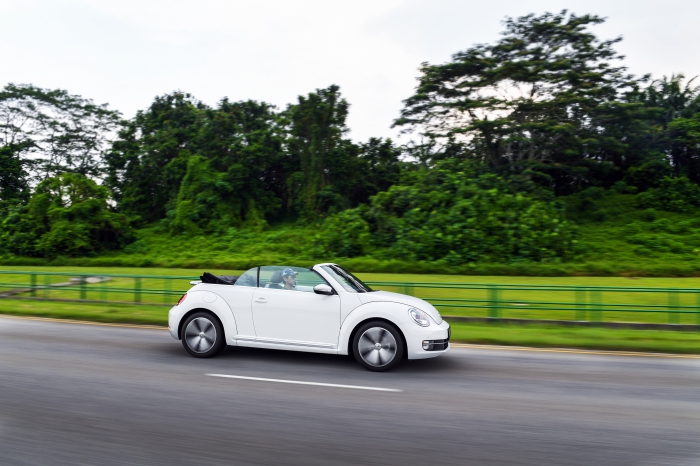 We’d be hard-pressed to point out the bits that really spoke to us, because it’s how all the parts work together that makes the difference – it’s nostalgic without being too kitschy, yet modern without feeling too new. 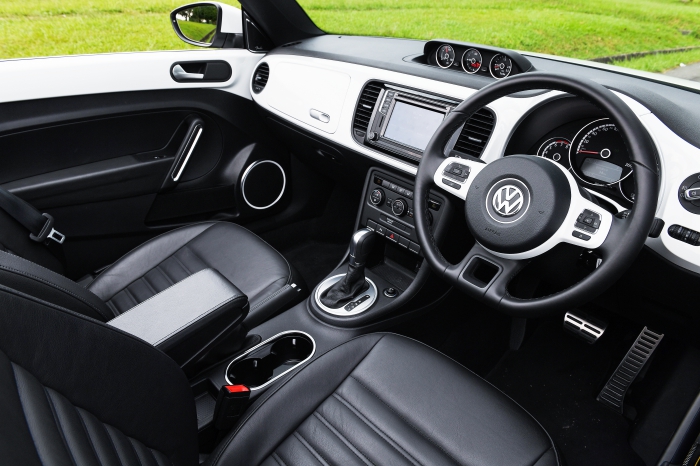 From the enamel-look body-coloured console trim to the thin-rimmed steering wheel and how close you sit to the upright windscreen – like in old Porsches and the original Beetle – there’s an air of nostalgia to the car that never slips into naff-ness. 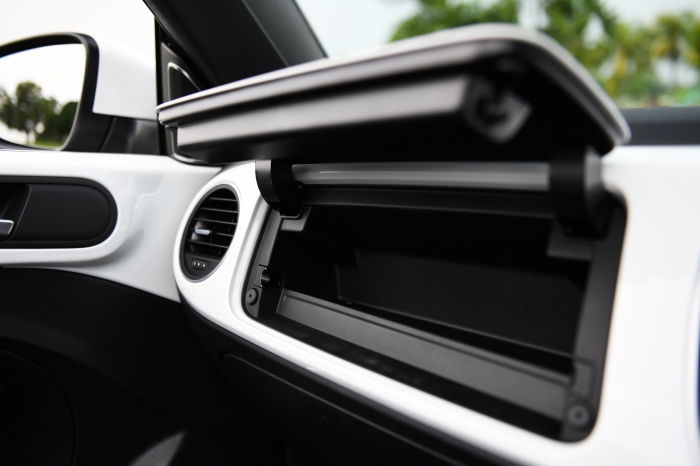 The new car incorporates two gloveboxes into its dash design, a whimsical colour-coded one like the original – this one is hinged to open upwards so it won’t land on the knees of taller passengers – and a larger stealthy-black one for proper stowage below it. 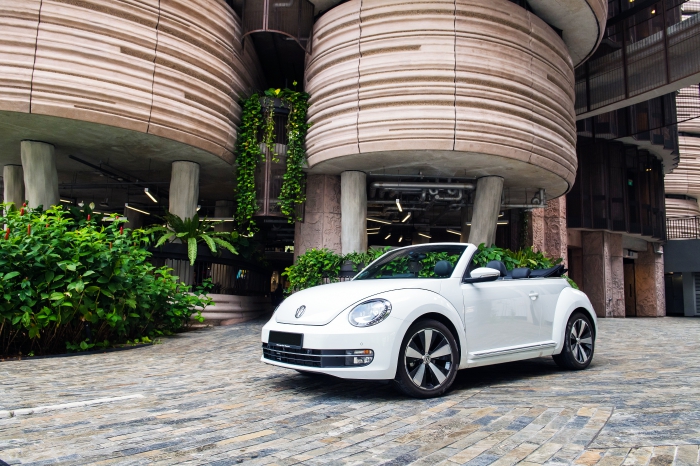 At the helm, there’s good visibility out, and the Bug never feels oversized, so judging distances to place the car is intuitive thanks to how much closer you’re sitting to the windscreen compared to the second generation version from the 90s.

Best of all are the positive responses from bystanders, because the sight of the Beetle Cabrio cheerfully making its rounds seems to evoke a goodly amount of broad grins and thumbs-ups; even our full complement of guys never felt awkward or emasculated at its helm when each one rotated into it. 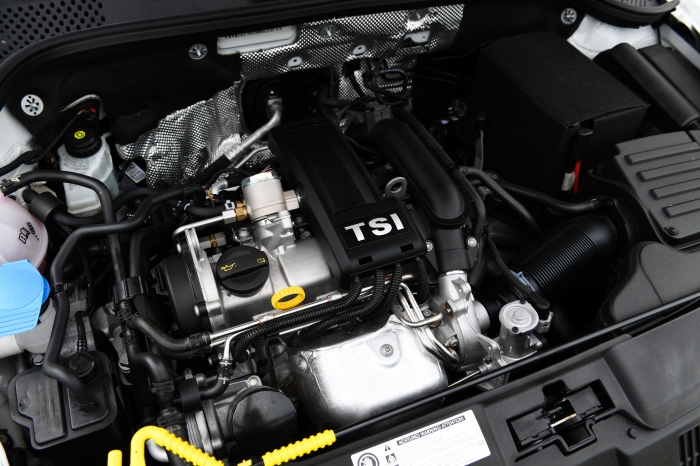 Motoring around, the 1.2-litre returns the best results when worked hard, and there’s a zippy, peppy vibe to the car that is more brisk than outright fast, but more than adequate to provide a good chuckle. The car is surprisingly planted while cornering hard and there’s more than enough grip to cope with the engine’s modest performance. 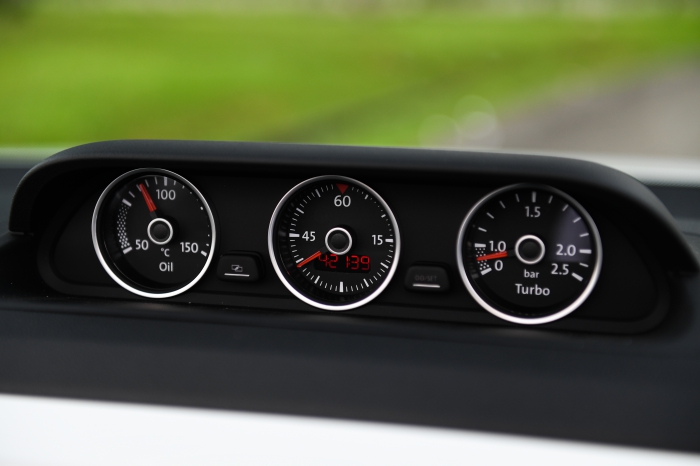 Yet it is quick and entertaining enough to earn that rear spoiler and trio of gauges atop the centre console, which displays oil temperature, boost and lap-time.

However, should you choose, the motoring experience can be chill as you enjoy the evening breeze with the roof down. We like that you’re never forced to be in an argy-bargy sort of mood whenever you’re in the car – some cars just make you want to ‘drive angry’, and the Beetle certainly isn’t one of them. Unlike the huge ‘backpack’ of last generation’s cabriolet top when the roof was down, this car’s is positively tidy, yet keeps enough ‘bellows’ to echo the look of classic cabriolets, particularly with the Beetle’s use of an elegant rag-top. Thanks to its K-fold feature, the roof system is compact, and takes just 9.5secs to retract.

Raising it takes an additional 1.5secs longer for the roof to be locked to the windscreen frame, but in any event it’s still quicker than the time it takes for the Bug to scurry from standstill to 100km/h! As a side-note to anoraks, the Cabriolet version is actually 152mm longer and 84mm wider than its Coupe counterpart, but you wouldn’t be able to tell from its nippy antics. The engine performance may be modest, but what little there is can be readily exploited if you’re prepared to make the car work for your driving pleasure, and it’ll just as happily scoot around as it will cruise slowly, just so the occupants can enjoy the Fender in-car entertainment.

At least that’s one good thing about a modern car – the full suite of entertainment and connectivity options is easily accessed through the central touchscreen display, so it’s a cinch to hook your iDevice jukebox up to the car’s system. Top up or down, the Beetle Cabriolet is a cheerful car that never feels like it’s trying to prove anything to anyone – believe it or not – and it’s hard not to break out in a big grin when you see it bumbling along.

Moreover, the image of a Beetle doesn’t seem to be tainted with the same kind of smugness associated with drivers of another cult icon. If anything, the Beetle earns muchos kudos because it’s never trying too hard, it just is – and we reckon that’s exactly the mojo that makes an automotive legend...

This feature first appeared in Top Gear Singapore #62 (May 2017) Is this slammed VW Tiguan the future of tuning?

Because what are the tuners meant to do if everyone only buys crossovers? New Golf GTI a little... sensible for you? Check out these nutjobs