Top Gear’s Top 9: the best looking BMWs ever made 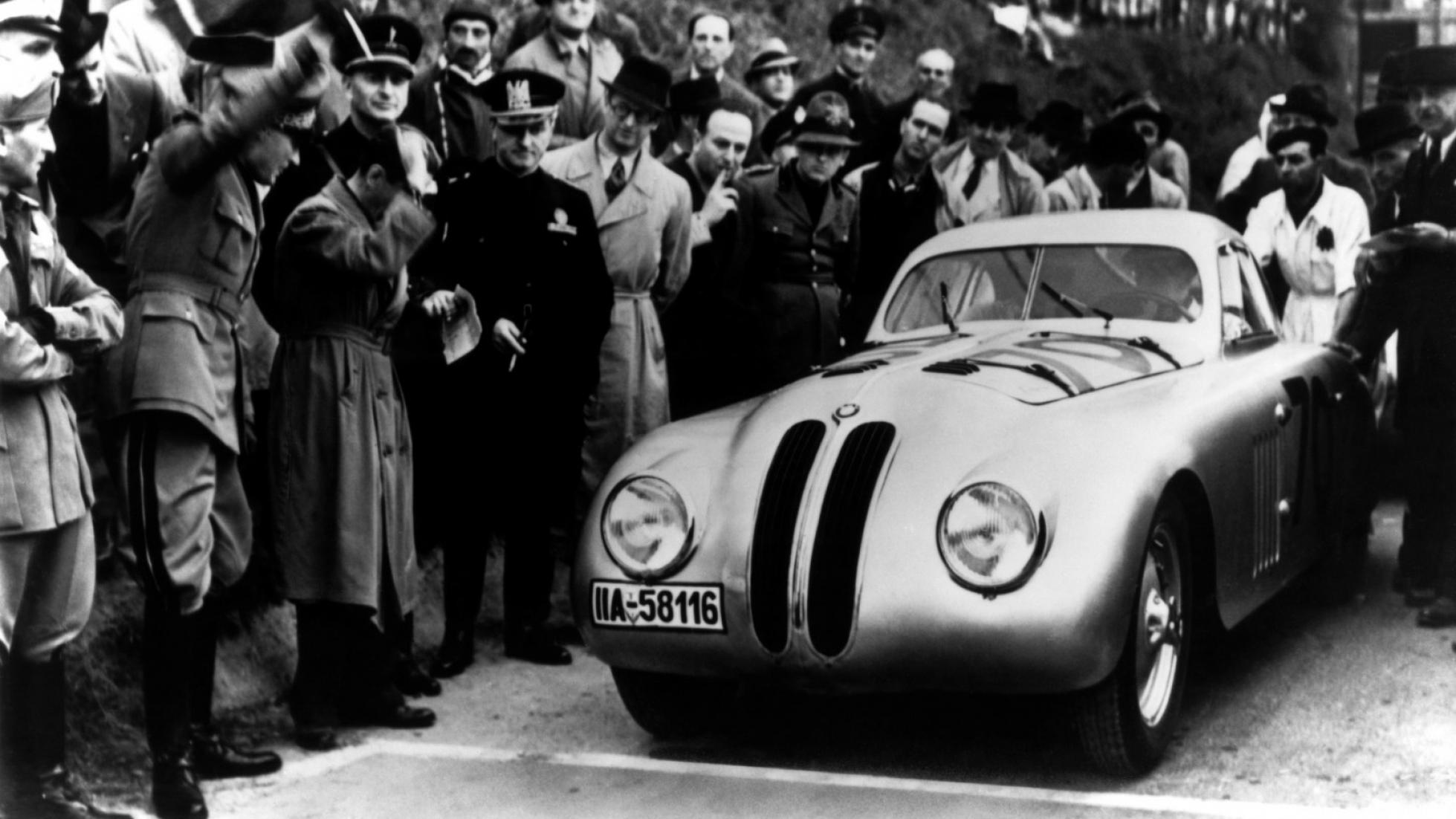 Despite Europe being plunged into conflict in the autumn of 1939, the 1940 edition of the Mille Miglia road race was allowed to take place, just a matter of months before Italy itself entered the war.

Because most of the continent was preoccupied with Hitler’s marauding invaders, the race was a far less international affair than usual, dominated by Italian entries familiar with the terrain.

And yet, the 1940 MM was won by a German-crewed BMW 328 wearing a gorgeous, aerodynamic coachbuilt body by Carrozeria Touring. The 80bhp straight-six-powered Coupe completed the shortened 900km course at an average speed of 166.7km/h.

In 2004 the 328 Touring became the first car to win both the classic and modern tribute versions of the Mille. Not bad for an old-timer. 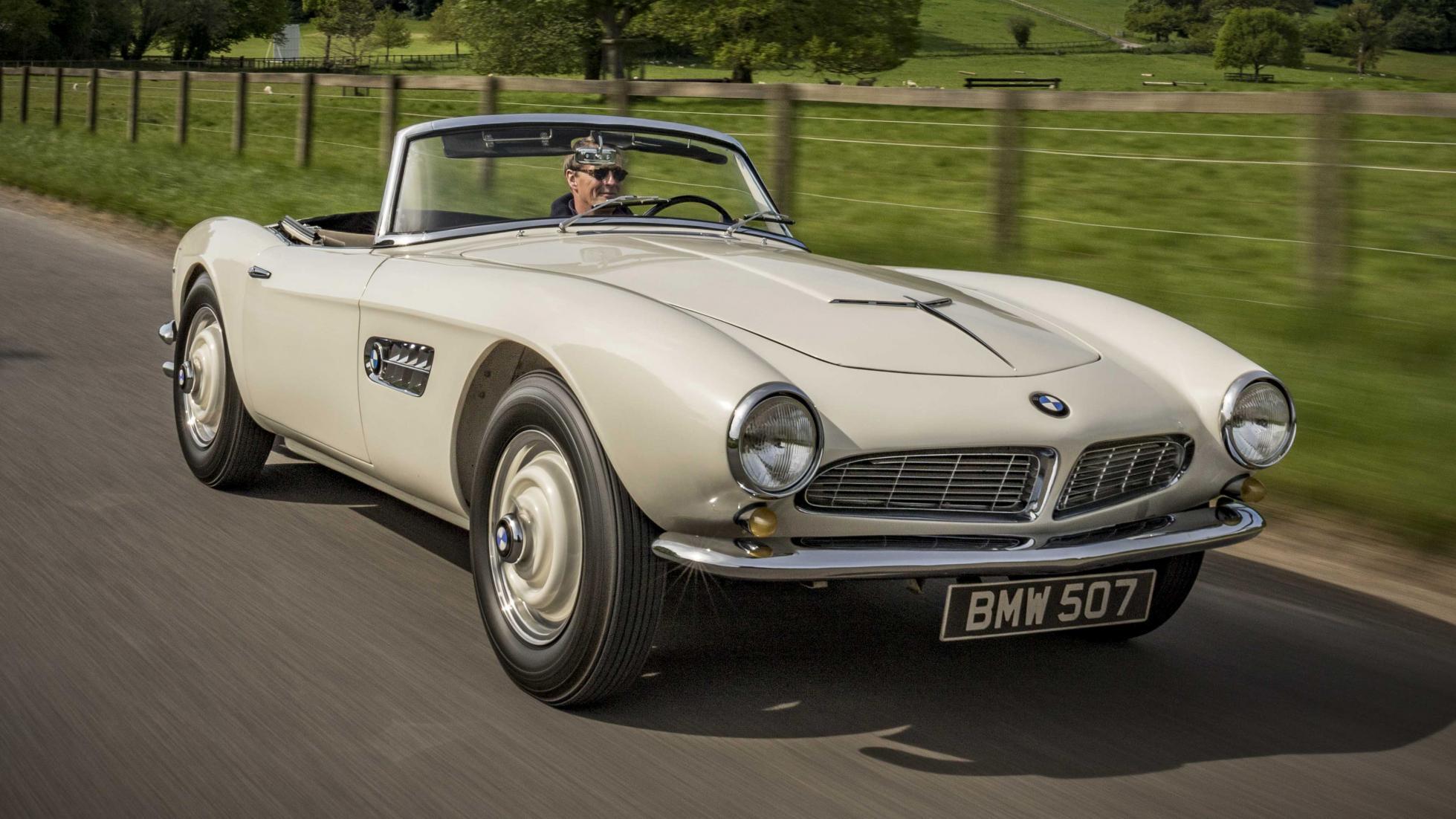 This impossibly pretty roadster was a sure-fire sales hit, right up until the moment it absolutely tanked, with only 252 examples ever built.

See, back in the Fifties, US importers were desperate to capitalise on the Stateside thirst for European sportscars, and BMW was persuaded to build a two-seat sportscar to fill the void between the cheap and cheerful British Triumphs and Austin-Healeys, and the exotic Mercedes-Benz 300SL.

However, money was the problem: the 507 cost way too much. It was so well-engineered the sticker price doubled from the intended US$5,000 to over US$10k – so you had to be as rich as Elvis Presley to buy one.

In fact, The King owned two 507s – one of which he painted red after fans covered its white bodywork with lipstick kisses while it was parked outside his house. When was the last time you heard about that happening to an X4? Before the 1 Series, the 3 Series and the 5 Series became the backbone of BMW’s range, the 02 Series was the go-to BMW small executive sedan car. And this was an age, if you can believe it, when BMW’s badges made sense. The 1602 had a 1.6-litre engine, and two doors. The 2002 got – you guessed it – a 2.0-litre powerplant and two doors.

And before M Division became a petrolhead shrine, the 2002 tii was an early and respected go-faster sports sedan, thanks to a fuel-injected version of the larger engine good for 128bhp.

While British cars were heading into a downward slide into Seventies mediocrity, this perfectly proportioned, practical three-box sedan set the template for BMW’s design and driving prowess for decades to come. 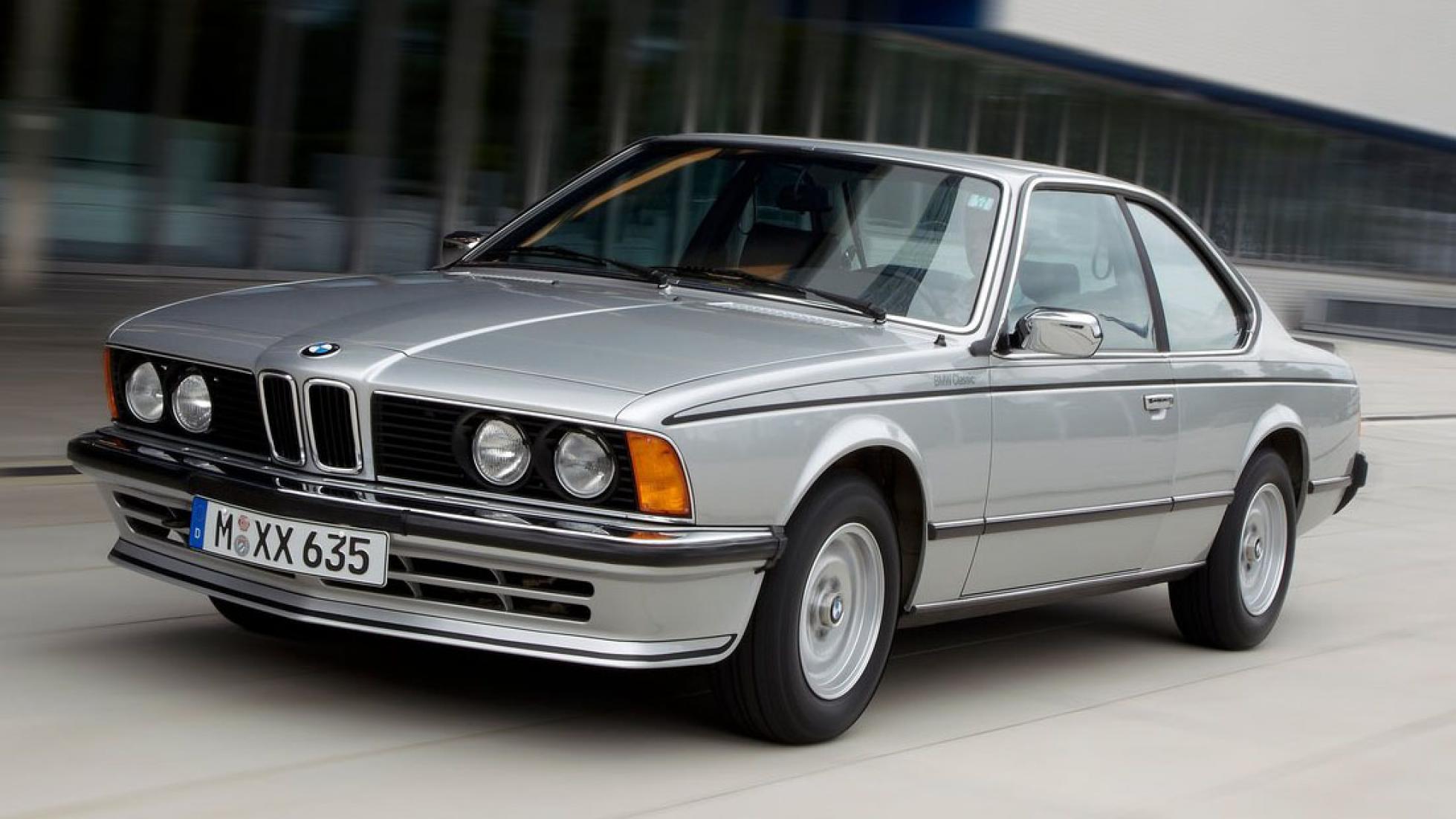 No easy task, being the BMW coupe replacing the exquisite E9 ‘CS’ that spawned the legendary ‘Batmobile’.

But the E24 pulled it off, with its pointy sharknose face and spot-on proportions creating an all-time BMW two-door icon that’s still paid homage to by today’s aggressive 8 Series.

Prefer something a little more butch? You could do worse than a 635CSi upgraded to Group C racecar spec… Talk about best of the best. The E39 5 Series is sort of generally agreed to be one of the greatest exec sedans ever made, demolishing the competition when it showed up in 1995, and still at the top of its game when it retired eight years later.

Adding a 5.0-litre, 400hp V8 and quad exhausts didn’t seem to do it much harm either. In fact, the E39 M5 is not just one of the classiest-looking supersedans ever built, it’s also among the most sorted all-rounders to drive. And slide. Ironically, the Z8 was inspired by the hopelessly expensive and outgunned 507. Yet again, BMW had a crack at a V8-powered suntanmobile dripping in raw beauty… and missed. The Z8 ended up stranded between out-and-out sportscars and wafty cruisers.

It looked good enough for James Bond to have one, shortly before it was chopped clean in half by a saw-wielding helicopter. Hate it when that happens. Really ruins your day. The lightweight M3, hunkered down on its CSL wheels, is a modern BMW design classic. It’s pretty, yet punchy, elegant and somehow dripping with attitude.

Its modern successor, the superb M2 CS, is arguably one of the last truly good-looking BMWs left… Though BMW’s hybrid sportscar is no longer in production, it’ll remain a piece of design we’re very fond of for its sheer ambition.

Carbon and aluminium construction, flying buttresses, butterfly doors – all the drama of a V12 Lamborghini, then, with the CO2 emissions of a MINI Cooper. Mind you, when outfitted in 600bhp M6 trim with those awesomely dished rear wheels, we can forgive the M6GC its marketing nonsense. It’s just a really, really handsome, really really fast sedan car. And that, throughout history, is what BMW has tended to be best at building. Both get a pumped up 2.0-litre four-pot BMW's made the X3M and X4M a little bit quicker

But will you prefer to wait for the G8x M3 Touring? This is what BMW reckons BMWs will look like in 2040

The i Vision Circular concept is all about recycling…