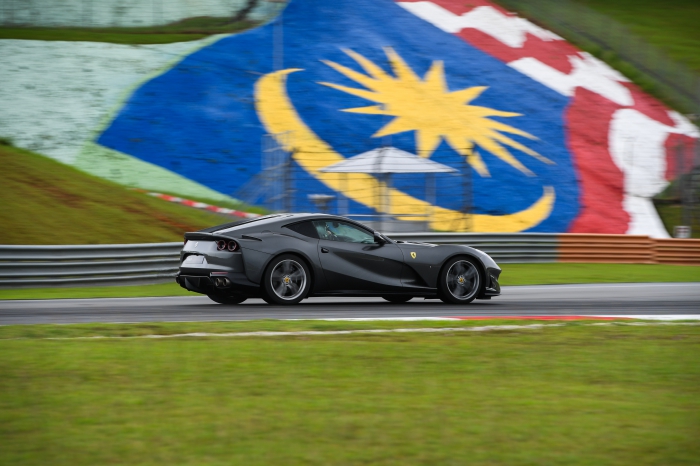 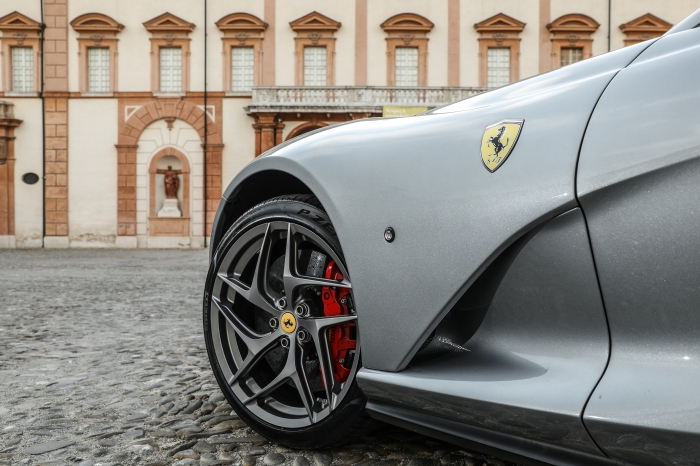 Sepang F1 Circuit, Malaysia – There are V12s, and then there are the Ferrari V12s. Frankly, nothing sings as lustily or punches as hard as one of the Prancing Horse’s V12s, and that’s before you even come to the looks.

A supercar’s beauty is more than skin deep, because the genus embodies the latest in chassis and engine technology.

It might also be worth adding that the cars that pass out from the Centro Stile Ferrari don’t ooze the same wanton decadence as the Lamborghinis, or the uniform anonymity of the pre-DB11 Astons, but are passionately caressed, sculpted and formed by the needs of speed itself into the stuff of every petrolhead’s fantasy. 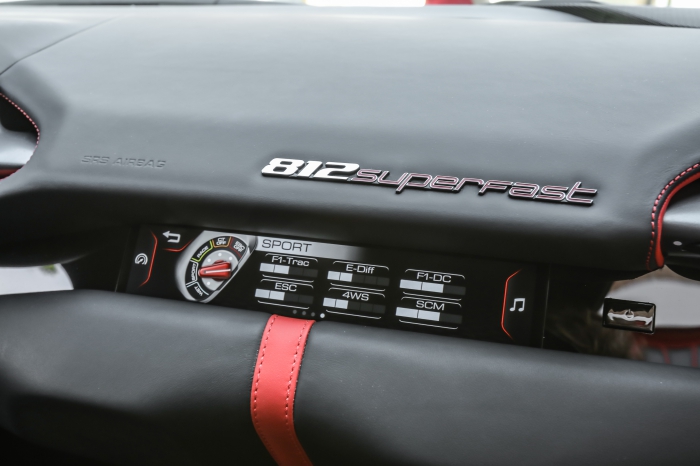 And yes, we’ve never met a petrolhead who would single out exotics to pooh-pooh – real enthusiasts appreciate all genres.

I personally don’t see any contradiction in appreciating a 300 SL ‘gullwing’, Toyota Supra and F12tdf (Click here to read about the F12tdf & BMW Isetta) at the same time, but dissing a car just because it’s expensive and/or one has never driven it in anger before, well that’s just breathing life into the proverb: “A frog in a well knows nothing of the great ocean.” 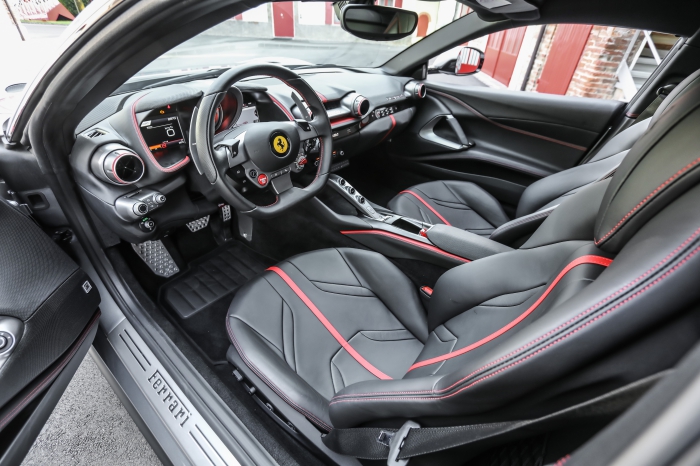 We’re luckier than most, because the nature of the job affords us the opportunity to not just sidle up to the most beautiful machines, but to even turn their wheels in anger.

How else could we find ourselves transported from sardine-packed 737 sitting on the Changi Airport apron travelling at precisely 0km/h to sumptuous cabin and wind-cut shape of Ferrari’s latest 812 Superfast blitzing down the Sepang straight at over 265km/h? 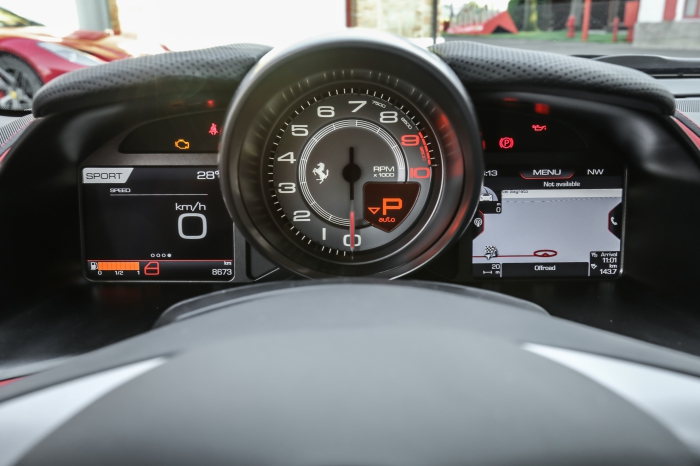 Mind you, this is no static pipe-dream that we are cam-whoring to our followers (as we were doing on the delayed flight!), because when we eventually hit the track, the car was fully-fuelled and ready to rocket out of the pit-lane, which unfortunately also meant we didn’t have any spare time left for cam-whoring! 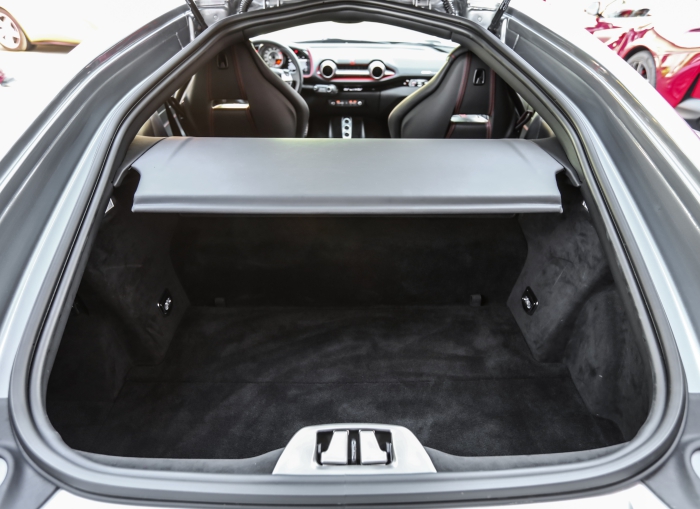 We don’t have the luxury of blindly worshipping cars through a fanboy’s rose-tinted glasses (or a marketer's optimistic ones), because some introspection is required in our line of work, without which anything new automatically becomes the ‘best’. 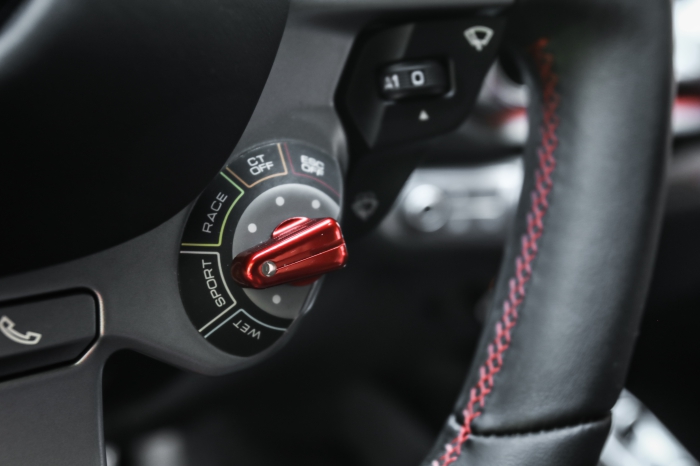 The 812 succeeds the F12berlinetta, and inherits some of the chassis trickery of the epic F12tdf (such as the Virtual Short Wheelbase system, or PCV – for Passo Corto Virtuale), a fire-breathing road-legal monster that was limited to just 799 units.

The earlier 6.3-litre V12 of the F12 has been replaced by a 6.5-litre in the 812, still defiantly naturally-aspirated, erm naturally! In the rarefied segment of super-sportscars, which sees the machines tuned and developed to constantly push the limits of superlative performance, it is only natural for each new iteration to supersede the last – it’s just the theory of evolution at work.

Besides, if you ask us, being ‘the fastest’ is only a small aspect of a car’s desirability quotient.

From the McLaren 675LT to the 720S, the Porsche 911 R to the 991.2 GT3, and in Ferrari’s case, the F12tdf to the 812, there are plenty of recent examples where the latest models outshine (or rival) their most recent special edition predecessors, especially since the later models often incorporate technical elements from the special edition cars. 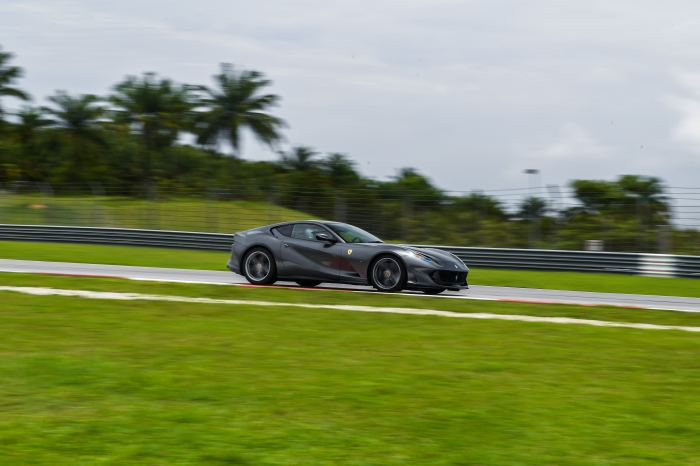 I know where I stand on this, but which would you have? Simply put, a car’s future classic status and potential value are not determined purely by paper stats, but the appreciation that the special model (like the F12tdf for instance) is the physical manifestation of a brand’s uncompromising, single-minded focus in creating the most compelling example of that car... even if it’s at a given point in time.

Look towards the F40 and F50 as examples, because their values are rocketing even if their vital stats no longer qualify as the road-rockets they used to be. 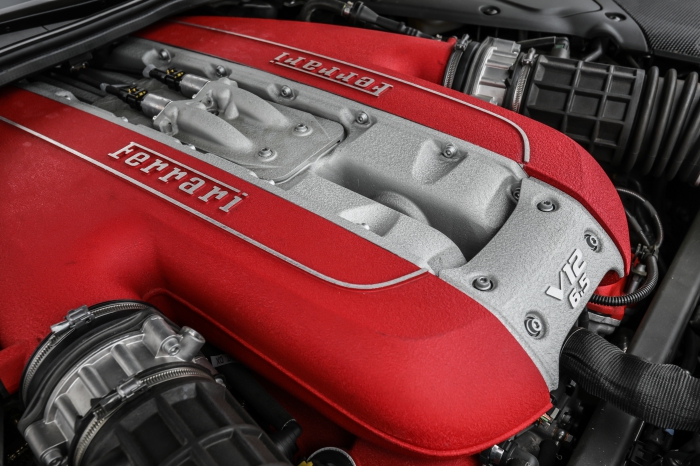 Well, we have precious little time with the Superfast and we’ve already rambled on for quite a bit, so we intend to spend what little time we have left going as ‘superfast’ as possible.

In a refreshing change from being led around the track in convoy by a ‘mother duck’, we were allowed to set our own pace with just an instructor by our side.

Cones are placed as ‘guides’, but your in-car chaperone ultimately decides if you can skip those… based on your driving. For what it’s worth, we topped >260km/h at the end of the front straight before braking into Turn 1, and that’s with a decent buffer zone – clearly it wasn’t enough for the watchdogs trackside, because they called for a speed log and a note to my chaperone to ‘mind the cones’! Also, apart from the odd Pilota participant navigating the circuit, it was pretty much ours for an intense six to seven flying laps, which is a luxury to savour these days where launch laps and experiences are limited in both duration and speed.

Lambo’s current Aventador S now features active aero and an active rear-steer system, but a lot of the Lambo is largely an existing powertrain; the 812 is in a completely different playing field altogether, with tech so sharp it’ll cut deep if you look at it wrong. 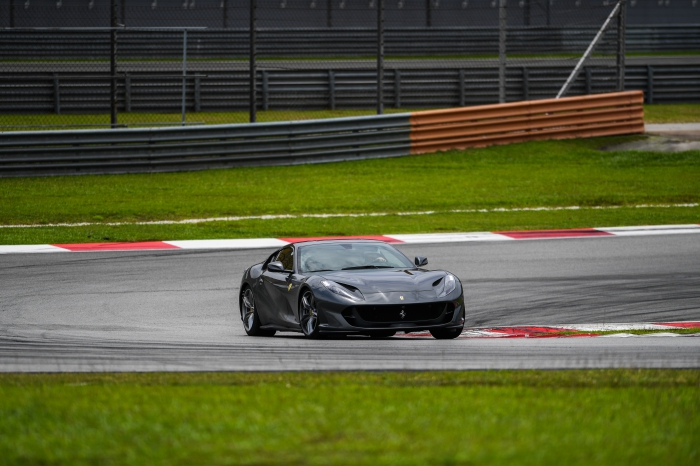 The Ferrari’s urbane demeanour conceals a MMA exponent capable of dealing out grievous bodily harm when provoked, yet has the pose-worthy looks necessary for securing a prominent spot in front of the hotel when you’re with the missus for a night out on the town.

What it loses out to the Lambo in terms of angry, OTT styling it makes up for the first time you drive it in anger, which for us was on this occasion.

We exit the pits into Turn 1, and come literally to grips with Ferrari’s first electric power steering (EPS) application over the next few corners.

We’re not averse to EPS systems if they work as well as on Porsche’s GT models, and the 812’s acquits itself well, thanks to a software that is able to impart the sensation of ‘steering feel’. Frankly, we found the F12berlinetta’s steering overly light, sensitive and almost nervous, but with the 812, there’s good weighting, as the system software controls what you feel through the wheel, and can load it up to simulate how closely you’re taxing the available grip levels, even if you’re going sideways!

At some point, you’ll have to wonder: “If you can no longer tell if something is fake, does it matter?”

Life as a driving instructor must be like a box of chocs, because they never know who they’re going to get in the driver’s seat.

The fact that I’m on the gas exiting Turn 2 into 3 probably didn’t give him a lot of time to suss us out and there’s noticeable trepidation as we’re hard on the accelerator towards Turn 4. Thankfully, the deluge that delayed our departure from Changi was no longer in evidence on the track, but even in the dry, the 812 is a beast under acceleration, and we couldn’t keep the pedal planted and V12 screaming around Turn 3 on the approach to the uphill right – the last car we had to ease-off for was the McLaren’s lightweight performance special, the 675LT, a visceral driver’s car that still sets our pulses racing in remembered thrills.

The first thing that hits us about the 812 is how comfortable it feels even when you’re pulling lateral gs.

The ride is cosseting, almost plush and it’s not difficult to pilot at a stupendous pace around the circuit, which should make it novice-friendly as long as you don’t expect it to overcome the laws of physics (although we’re pretty sure the 812 can come close to that).

The brakes resisted fade admirably over six fast laps before we had to cool-down to return to the pit and take a breather to contemplate the drive. There’s no doubt the 812 has the technological ability to flatter the driver, but it does it so subtly your ego is never bruised; the propensity for immense speed, and having the diffs work in the background to help the car properly put down power – almost like a guide dog leading its ward back to the path – all add up.

After all, in the big league that Ferrari bats in, money-to-own doesn’t always come with driving ability and the brand clearly recognises this – besides, it’s the perfect opportunity to build (and sell) coveted limited edition specials (like the F12tdf) that are more driver-focused.

The post-drive buzz comes more from the thrill of speed, but you exit the 812 largely as relaxed as you entered, which should be great for the larger buying audience.

However, some folks enjoy the pleasure in the pain, and would prefer frazzled nerves, an adrenaline shot and the aching body that usually accompanies the intense workout of driving a properly hardcore visceral machine. Lighter, more nimble, cheaper: are the entry-level supercar siblings the ones to have?